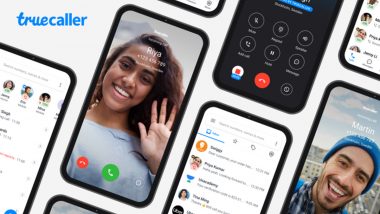 "Truecaller is a vital part of communication for over 22 crore Indians, for both their professional and personal needs. We are humbled by the level of trust people have shown in us but we are also driven by the goal of transforming communication," Rishit Jhunjhunwala, Chief Product Officer and Managing Director, Truecaller India said in a statement.

Video Caller ID feature allows users to set a short video that plays automatically when they call friends and family. Users can choose from one of the built-in video templates or record their own video.

Another feature is Call Announce. Once enabled, the new optional feature will speak the caller ID for incoming phone calls out loud. This works for saved contacts as well as for numbers identified by Truecaller on both normal voice calls or Truecaller HD Voice calls.

Truecaller has further made available the Call Recording feature to its free users which will come in handy during professional scenarios for taking notes. One can listen to or delete recordings within Truecaller or by using a file browser. Recordings can also be shared easily using email, Bluetooth or any messaging service.

The update bring Ghost Call, with this Truecaller will let users set any name, number and photo to make it appear as if they are getting a call from that person. Users will also be able to choose a contact from their phonebook for the ghost call.

In addition, the updated Truecaller app also brings a streamlined interface where you will have separate tabs for calls and SMS messages. With separate tabs, one can now get to all of your SMS, Truecaller Group Chats and individual chats with just one tap.

(The above story first appeared on LatestLY on Nov 25, 2021 05:12 PM IST. For more news and updates on politics, world, sports, entertainment and lifestyle, log on to our website latestly.com).