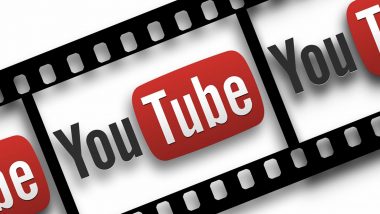 San Francisco, May 29: YouTube has started rolling out its video chapters features with the aim of helping its users on desktop, mobile or tablets to focus on the portions that matter the most to them. The feature will also allow creators to better organise their content. It is expected to be particularly of great help for long-form videos. With such videos organised by chapters, just like a book, users will be able to skip some portions that they may find irrelevant. YouTube Testing New Hide Comments Feature on Android in India.

"The Video Chapters feature is officially here," the YouTube Twitter handle for creators said on Thursday. "When Chapters are enabled, viewers watch more of the video, and come back more often on average," it added.

The video chapters feature was soft launched by YouTube in April, The Verge reported. YouTube users on desktop would know if the video they are watching has chapters when they hover the mouse over the bar that indicates video progress. This bar will have breaks to indicate the end of one chapter and beginning of another. Hovering over these little breaks will also tell you the name of the chapters.

The same applies to users of other mobile devices as well. But YouTube's phone app will trigger a haptic buzz the moment a user reaches the next chapter. On other mobile devices, such as tablets, where haptic feedback is not available, when a user lifts his/her finger off the screen, the video progress bar will automatically snap to the beginning of a new chapter, said the report.

(The above story first appeared on LatestLY on May 29, 2020 04:28 PM IST. For more news and updates on politics, world, sports, entertainment and lifestyle, log on to our website latestly.com).