Canadian consumer prices rose 6.7 per cent in March year over year, the largest increase since January 1991, according to authorities. 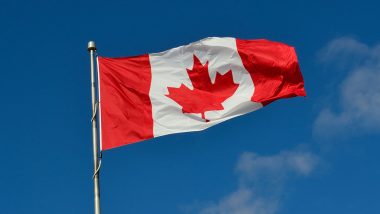 Ottawa, April 21: Canadian consumer prices rose 6.7 per cent in March year over year, the largest increase since January 1991, according to authorities.

Prices increased against the backdrop of sustained price pressure in the country's housing markets, substantial supply constraints and geopolitical conflict, which has affected energy, commodity, and agriculture markets.

Excluding gasoline, the Consumer Price Index (CPI) rose 5.5 per cent in March year over year, the fastest pace since the introduction of the all-items excluding gasoline special aggregate in 1999, following a 4.7 per cent rise in February, according to Statistics Canada.

In March, gasoline prices rose 11.8 per cent month over month, following a 6.9 per cent increase in February. Higher crude oil prices pushed prices at the pump higher. Year over year, consumers paid 39.8 per cent more for gasoline in March.

Shoppers paid 8.7 per cent more for food purchased from stores in March on a year-over-year basis, up from a 7.4 per cent increase in February. This is the largest yearly increase since March 2009. Gurugram: Fake Call Centre Duping US, Canada Citizens Busted, 17 People Arrested.

Increases in input prices and transportation costs continued to put upward pressure on grocery prices. Prices for dairy products and eggs rose 8.5 per cent year over year in March, following a 6.9 per cent increase in February. This is the largest yearly increase since February 1983.

Prices for pasta products were up 17.8 per cent on a year-over-year basis, the largest increase since January 2009. Breakfast cereal and other cereal products (excluding baby food) increased 12.3 per cent year over year, the fastest pace of price growth since June 1990.

The increases occurred as prices for wheat futures reached a 14-year high in the context of the war between Russia and Ukraine, two major wheat exporters. Prices for fertilizer, a key input in wheat production, were elevated prior to the conflict in Eastern Europe, due, in part, to higher energy prices, according to data released by Statistics Canada.

(The above story first appeared on LatestLY on Apr 21, 2022 10:01 AM IST. For more news and updates on politics, world, sports, entertainment and lifestyle, log on to our website latestly.com).