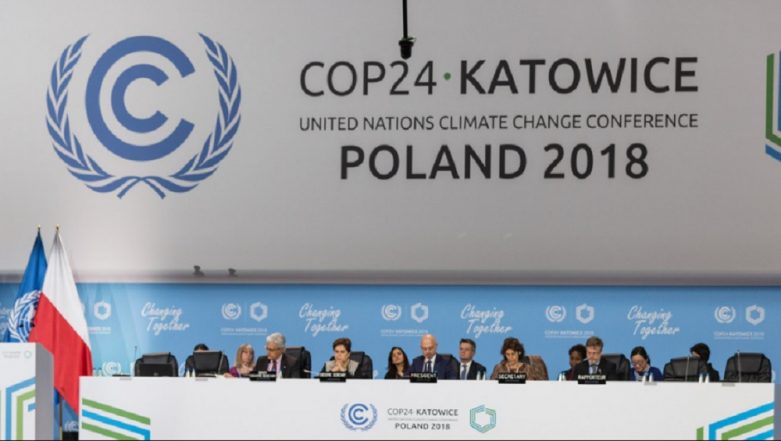 Poland is hosting the biggest climate change event in years, with scientists, diplomats and leaders congregating on its city of Katowice for UN’s COP24.

The agenda for the UN’s 24th “conference of the parties”, or COP24, is to hammer out how to achieve the climate goals established during the Paris Climate Agreement three years ago. Countries at the Paris climate agreement set out plans to keep global warming below a target threshold of “well below” 2 degree Celsius above pre-industrial levels, with a target to limit the increase to 1.5 degree Celsius. The document has been ratified by 184 countries.

In order for countries to achieve their Paris climate goals they need to flesh out the framework which is what COP24 is about. The Paris rulebook negotiated in Katowice will spell out how countries track and report their efforts to tackle climate change, how progress is assessed and how they will strengthen their efforts over time.

In an unprecedented development, negotiators at Katowice convened a day early because they are under pressure to make progress.

The start of the negotiations was marked by four former UN climate talks presidents issuing a statement on Sunday, calling for urgent action. The statement was issued by Frank Bainimarama of Fiji, Salaheddine Mezouar of Morocco, Laurent Fabius of France and Manuel Pulgar Vidal of Peru. They said, "decisive action in the next two years will be crucial".

"What ministers and other leaders say and do in Katowice at COP24 will help determine efforts for years to come and either bring the world closer to meeting the goals of the Paris Agreement - including protecting those most vulnerable to climate change - or push action further down the road.

"Any delay will only make it harder and more expensive to respond to climate change."

This conference also comes in the backdrop of a UN report which says that CO2 emissions are on the rise after stabilising for the past few years which would make limiting temperature increase impossible to achieve. The UN's environment programme said the voluntary national contributions agreed in Paris would have to triple if the world was to cap global warming below 2 degree C. For 1.5 degree C, they must increase five-fold.