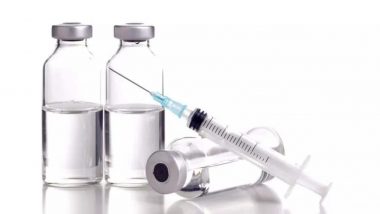 Washington, Sep 4: The US Centers for Disease Control and Prevention (CDC) has asked states to be ready to distribute a potential coronavirus vaccine by November 1, according to a letter of CDC Director Robert Redfield reported by US media.

In the letter to state governors and health departments on August 27, Redfield said the McKesson Corporation and its subsidiaries would soon be applying for permits to build distribution sites. He asked governors to consider waiving requirements that would delay construction or opening the sites, Xinhua news agency reported on Thursday. COVID-19 Vaccine Could Be Ready by October-November: Serum Institute's Adar Poonawalla to Odisha CM Naveen Patnaik.

"The normal time required to obtain these permits presents a significant barrier to the success of this urgent public health program," Redfield was quoted by media as writing in the letter. 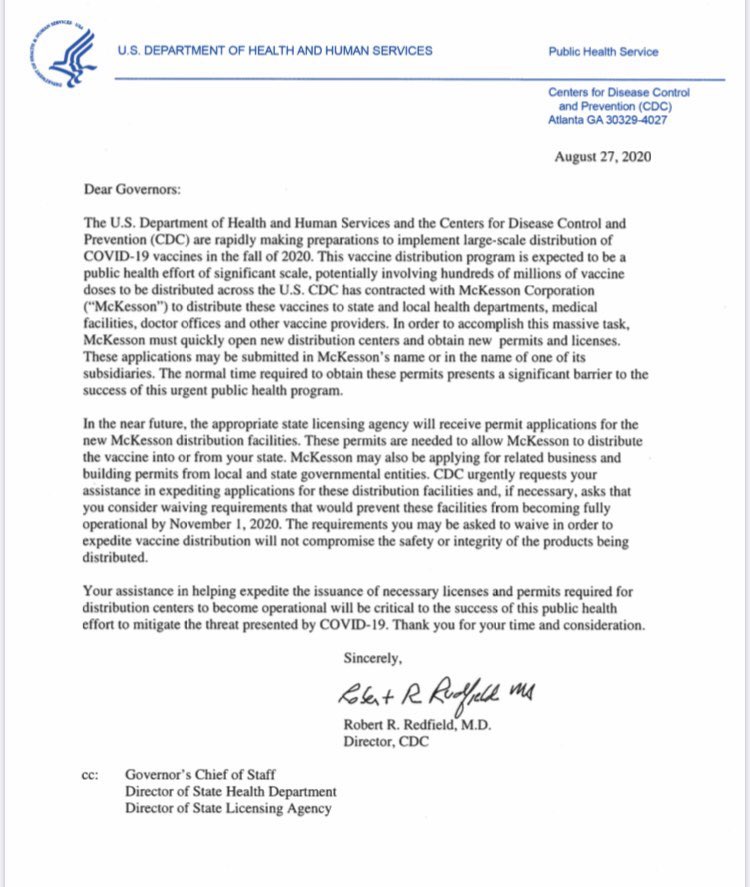 "CDC urgently requests your assistance in expediting applications for these distribution facilities and, if necessary, asks that you consider waiving requirements that would prevent these facilities from becoming fully operational by November 1, 2020," Redfield wrote.

Months into the pandemic, the United States has recorded more than 6.12 million confirmed COVID-19 cases and over 186,100 deaths by Thursday afternoon, according to a tally of Johns Hopkins University. The new plan indicates that the race for a COVID-19 vaccine may be picking up speed.

"At this time, we don't know which vaccines will be approved, however, limited COVID-19 vaccine doses may be available by early November 2020 and COVID-19 vaccine supply will increase substantially in 2021," a CDC spokesperson was quoted by NPR as saying.

Public health officials have offered different predictions as far as when the first vaccine may be ready for distribution, with most hoping for early next year.

NIAID Director Anthony Fauci said in July that he is "cautiously optimistic" a vaccine could be ready by the end of the year and distributed beginning in 2021.

In light of some health experts' warnings that a vaccine likely would not be developed and approved before the year's end, some critics have accused the federal government of rushing the vaccine for political gains, as the November 1 target date is two days before the presidential election.

According to data from the NBC News|SurveyMonkey Weekly Tracking Poll released in August, less than half of American adults said they would get a government-approved coronavirus vaccine if one becomes widely available, while 22 per cent would decline and 32 per cent saying they were not sure.

(The above story first appeared on LatestLY on Sep 04, 2020 08:54 AM IST. For more news and updates on politics, world, sports, entertainment and lifestyle, log on to our website latestly.com).