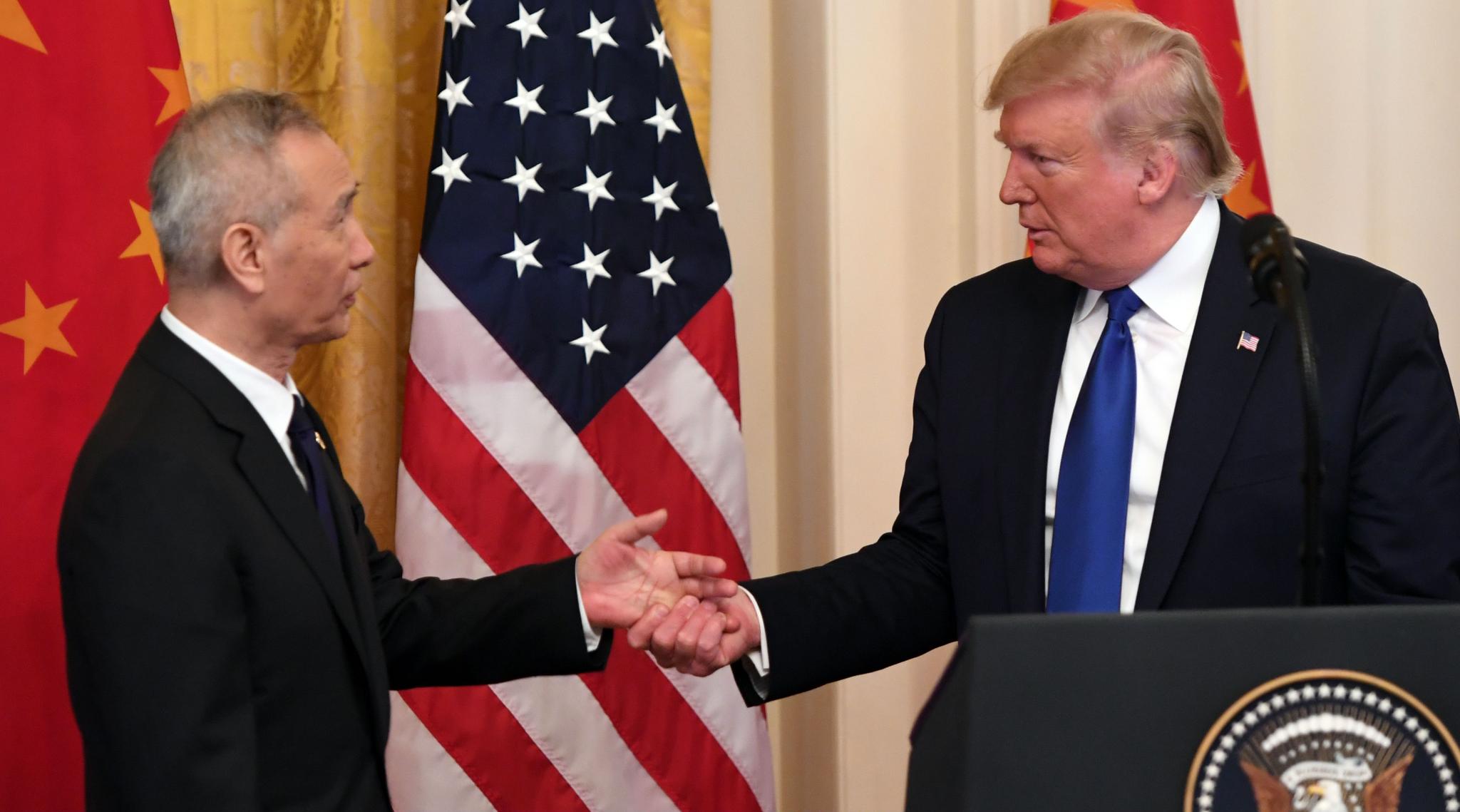 Washington, January 15: President Donald Trump on Wednesday ended two years of escalating trade battles with China, with a partial agreement to resolve some areas of conflict.

"Today, we take a momentous step, one that's never taken before with China," that will ensure "fair and reciprocal trade," Trump said at a White House signing ceremony. "Together, we are righting the wrongs of the past," said the president, who also announced he planned to visit China in the "not too distant future." US-China Trade Deal: Donald Trump, Chinese Vice Premier Liu He Sign 'Phase One' of Deal.

However, tariffs will remain in place on hundreds of billions of two-way trade until the second phase of trade agreement is completed. Trump hailed the "phase one deal" during a lengthy ceremony taking place as the Democratic-led House of Representatives prepares to prosecute the president in a historic Senate trial.

Describing the agreement as "a transformative deal that will bring tremendous benefits to both countries," Trump said China understands "there has to be a certain reciprocity. It cannot continue like this." Chinese Vice Premier Liu He read out a letter from President Xi Jinping which described the deal as "good for China, for the US and for the whole world."

It shows "our two countries have the ability to act on the basis of equality," Xi wrote, adding that he hopes "the US side will treat fairly Chinese companies" as well as researchers and others.

Trump said the deal was worth more than $200 billion, tears down barriers to US food and agricultural exports, and contained "substantial and enforceable commitments."

"We're leaving tariffs on," he said. "But I will agree to take those tariffs off if we're able to do phase two." "I'm leaving them on, otherwise we have no cards to negotiate with," he said.