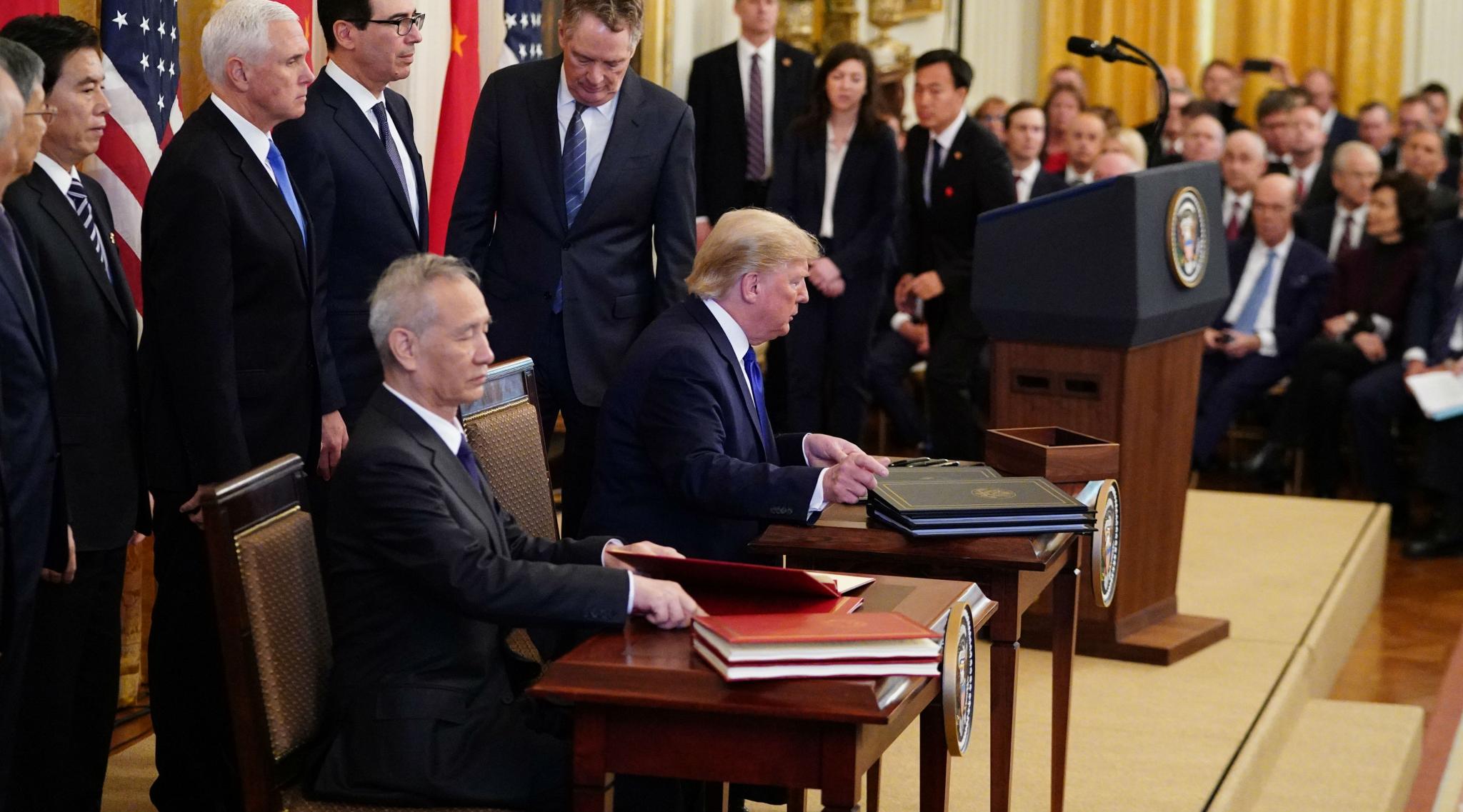 Washington D.C., January 15: The United States and China on Wednesday signed the 'Phase One' of trade deal. The deal was signed here between President Donald Trump and Chinese Vice Premier Liu He to end the trade war between the two economic giants, Sputnik reported.

Liu, who is the head of the country's negotiation team in US-China trade talks, is leading a Chinese delegation to Washington DC. Donald Trump Impeachment Hearing: Speaker Nancy Pelosi Names Managers for Senate Impeachment Trial of US President.

The trade war between the two countries began in 2018 after Washington DC slapped tariffs on USD 25 billion worth of Chinese goods, quickly escalating to include hundreds of billions of dollars' worth of products from both the countries.

While signing the deal, Trump said he planned to visit China in the 'not too distant future'.