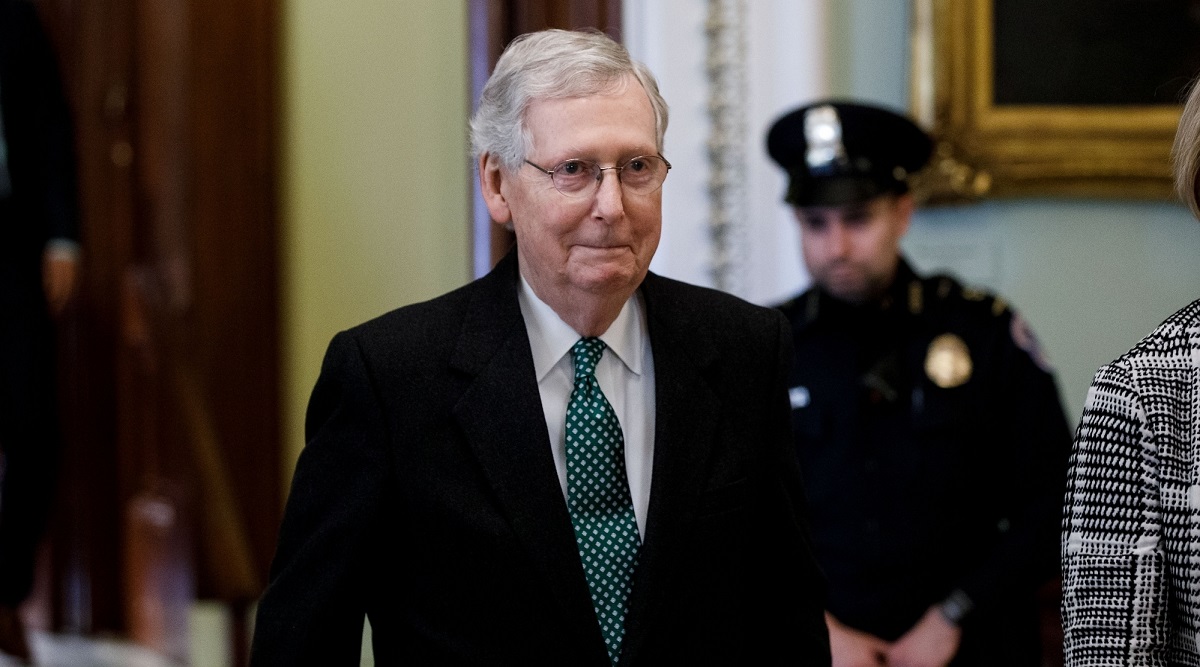 That request was rejected by McConnell, who suggested a quick wrap-up of the trial to acquit Trump of the allegations contained in two articles of impeachment passed by the House last week. US President Donald Trump Escapes Chill of Washington for Florida to Celebrate Christmas and New Year With Family and Friends.

Trump was impeached by the House for what the Democrats said was abusing his power in pressuring Ukraine to launch political investigations that would help with his re-election, and obstructing Congress's impeachment inquiry by stonewalling subpoenaed administration officials as well as related documents. He became the third President in US history to be impeached.

House Speaker Nancy Pelosi in a tweet Monday defended her decision not to hand the articles over to the Senate anytime soon. "The House cannot choose our impeachment managers until we know what sort of trial the Senate will conduct," She said, adding that "President Trump blocked his own witnesses and documents from the House, and from the American people, on phony complaints about the House process. What is his excuse now?"

Reacting to Pelosi's remarks, McConnell said in the interview that the Democratic congresswoman representing California is "apparently trying to tell us how to run the trial." He said he is "not anxious to have this trial." "We're at an impasse. We can't do anything until the speaker sends the papers over," McConnell said.

Trump also took to Twitter to lash out at Pelosi. "Pelosi gives us the most unfair trial in the history of the US Congress, and now she is crying for fairness in the Senate, and breaking all rules while doing so," the US President claimed. McConnell and Schumer have yet to agree on the rules governing the Senate trial, which is expected to be held in mid-January.