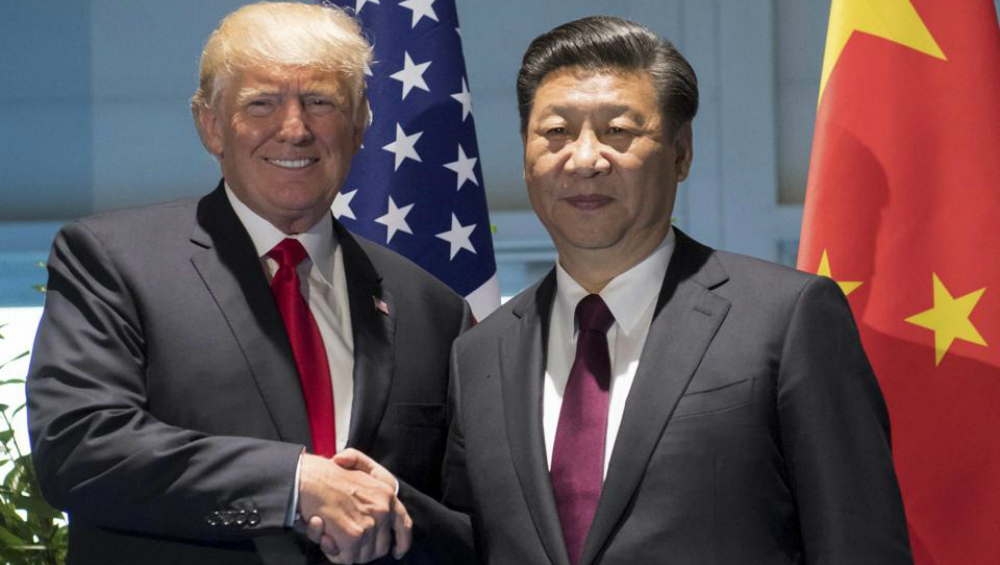 Washington, December 20: Signalling a breakthrough in the ongoing trade war between the United States and China, President Donald Trump on Friday spoke to his Chinese counterpart Xi Jinping. During their telephonic conversation. Trump claimed that the two leaders deliberated on a a range of issues, including an upcoming "giant trade deal" between them. The situation in Hong Kong and the stalled talks process with North Korea also was discussed, the President said on Twitter. Donald Trump Signs Bill Supporting Pro-Democracy Hong Kong Protesters.

Trump, in his message, hinted at the finalisation of the trade deal which is being discussed over past few weeks using diplomatic channels. The formal signing of the pact, which would end the trade war between the world's top two economies, was also deliberated upon during the phone call.

"Had a very good talk with President Xi of China concerning our giant Trade Deal. China has already started large scale purchase of agricultural product and more. Formal signing being arranged. Also talked about North Korea, where we are working with China, & Hong Kong (progress!) (sic)," the President tweeted.

Hong Kong being raised during the telephonic conversation between the two Heads of States assumes significance as Washington has openly backed the agitation seeking increased democratic rights for the civilians. The region, which has been granted an autonomous status under the Chinese regime, has witnessed protests since May this year against a Bill which mandated the extradition of political prisoners to Beijing.

Although the contentious legislation was rolled back by Chief Executive Carrie Lam, the protesters have not relented. The agitation is now turning into a political movement, with a solid anti-China front considered to be in the offing. Beijing, which did not directly deploy its troops to dispel the protests, has thoroughly backed the Lam government. "China stands in solidarity with the Hong Kong administration," Xi Jinping had said last week.