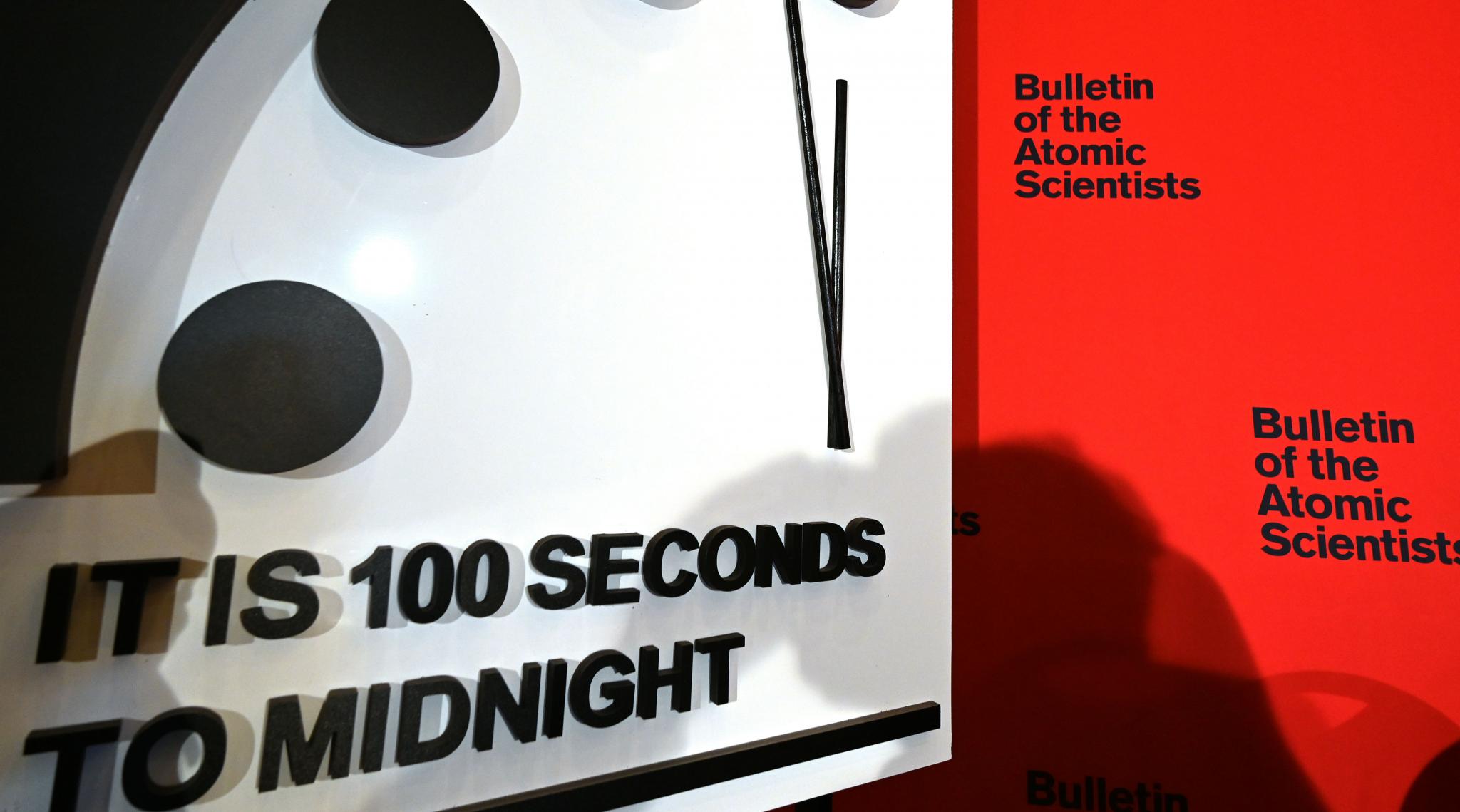 Washington, January 24: The Doomsday Clock on Thursday ticked down to 100 seconds to midnight, symbolizing the greatest level of peril to humanity since its creation in 1947 as the threat posed by climate change and a growing nuclear race loomed large. The danger level was compounded by information warfare and disruptive technologies ranging from deepfake video and audio to the militarization of space and the development of hypersonic weapons. The Doomsday Clock Says We Are Just Two Minutes Away From Apocalypse! What Does it Mean and Should You Be Worried?.

"We are now expressing how close the world is to catastrophe in seconds – not hours, or even minutes," said Rachel Bronson, president of the Bulletin of the Atomic Scientists, in announcing the change. The decision on the clock is taken by panels of experts, including 13 Nobel laureates.

On the nuclear front, the arms control boundaries that helped prevent catastrophe over the last half century are being dismantled and may be gone by next year, said subject expert Sharon Squassoni. This includes the demise in 2019 of the Intermediate-Range Nuclear Forces (INF) Treaty, with the US and Russia entering a new competition to deploy once banned weapons. The US has suggested it won't extend New START, an arms reduction treaty signed in 2010.

"This year could see not just the complete collapse of the Iran nuclear deal," added Squassoni, with Tehran boosting its enrichment efforts. And despite initial hopes US President Donald Trump's unorthodox approach to North Korea may produce results, no real progress ensued, said Squassoni, with Pyongyang instead vowing to press ahead with a new strategic weapon.

On climate, two major UN summits fell dismally short of the action required to limit long-term warming to the goals laid out by the Paris Agreement that scientists say is necessary to prevent catastrophe. The effects were already apparent in the record-breaking heat waves and floods India faced in 2019, and the wildfires that raged from the Arctic to Australia.

"If humankind pushes the climate into the opposite of an ice age," said Sivan Kartha, a scientist at the Stockholm Environmental Institute, "we have no reason to be confident that such a world will remain hospitable to human civilization." ‘Doomsday Clock 2 Minutes Away From Midnight’: Global Conflicts Apart, A Look At 15 Civil Wars Which Can End The World.

Yet the experts took heart in mounting climate activism spearheaded by a youth movement that is spurring some governments to action. Misinformation campaigns and fake news catalyzed by deepfake videos are potent threats to social cohesion, while the rise of AI weapons like drones that attack targets without human supervision create new uncertainty.

Russia meanwhile has announced a new hypersonic glide missile and the US is testing its own weapons that severely limit response times of targeted nations. Space, long an arena for international cooperation, is also becoming increasingly militarized with multiple countries testing projectile and laser anti-satellite weapons and the US creating a new military branch, the Space Force.

"We ask world leaders to join us in 2020 as we work to pull humanity back from the brink," said Mary Robinson, chair of The Elders leadership group and former president of Ireland. "Now is the time to come together -- to unite and to act."