Doraemon Exhibition in China: Over a Month-Long Exhibition Opens in Suzhou 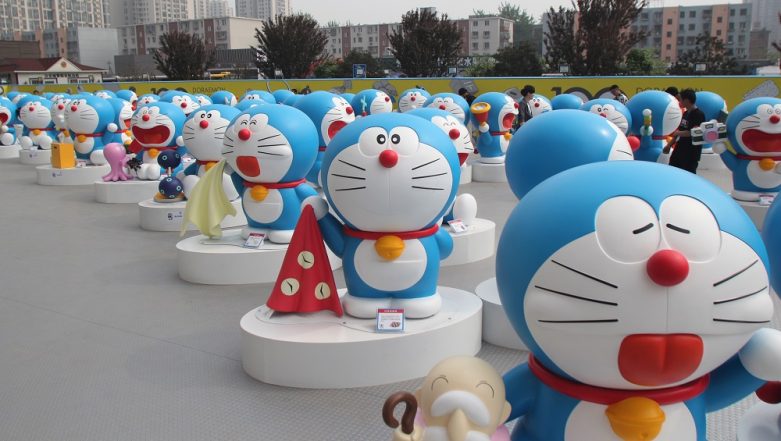 Beijing, June 2: A Doraemon-themed exhibition has been opened to the public in the city of Suzhou, in China's Jiangsu province. Divided into several parts, the exhibition showcases badges, manuscripts and posters of the Doraemon movie - "Nobita's Chronicle of the Moon Exploration" - which is playing in China, the Xinhau news agency reported.

It has also set a moon experience area for visitors to explore moon and space with the cartoon character. "Doraemon is an indispensable part of my childhood memory, which not only inspired my imagination and creativity but always reminds me of the purity and happiness of childhood," said visitor Xu Chong. upsc.gov.in Hacked! Image of Doraemon Appears on UPSC Website Homepage; Web Portal is Under Maintenance.

Doraemon, a fictional robotic cat from the future, has been a popular anime character since its introduction by Japanese cartoonist Fujiko F. Fujio in 1969. The exhibition will last until July 14.