Indian Doctors in the United States Endure Endless Wait for Green Cards; Will This Affect Healthcare in the US?

Both Indian doctors and the United States stand to lose from the new Green Card rules. 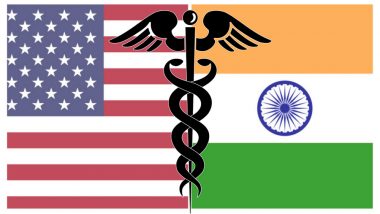 New immigration laws in the US have been taking a toll on the Indian immigrant doctors in the country who may now have to endure a long wait before they get their Green Card. According to the current law, applicants of any one independent country cannot be issued more than 7 percent of the Green Cards. Currently, there are more Indians immigrants than those of other nationalities, seeking permanent residence in the US. As of May 2018, 3,06,601 of the 3,95,025 foreign nations are Indians, making Indians wait for the longest. Of them, Indian doctors have particularly been at the receiving end.

In the United States of American, doctors of Indian origin account for five percent of all the doctors in the country. Twenty percent of all International Medical Graduates employed in the US workforce are also Indians. Notably, Indians also make up for the largest community of non-Caucasian doctors in the country. Over the years, medicos from India have risen through the ranks of the medical community and have gone on to become a brand. Indian-origin doctors are sought in countries like the UK, according to a report in The Hindu.

But the Green Card rush has made many doctors consider moving out of the country and immigrating to Canada where the laws are more immigrant-friendly than in the US.

Every year, the United States issues 1,40,000 employment-based visas for immigrants. It restricts the distribution of these visas to people from individual countries or those with specific skill sets. Often the demand for these visas exceeds its supply, making hopefuls wait for years.

One-fourth of the 800,000 doctors in the United States are international medical graduates. They help plug the gap of physician shortages in rural America and are given work visas in exchange. Typically, once they complete their studies in the US, medical graduates are required to leave the country and then wait for two years to apply for a work visa. And in place of their services, the US government has also been allowing these graduates to stay back in the country after graduation.

Unfortunately, with the new laws, the doctors may be forced to wait even longer for their visas. The US government may find it difficult to retain these doctors who may seek permanent residence in other countries like Canada. Considering the invaluable service rendered by these medicos, losing them could prove costly for the US.

(The above story first appeared on LatestLY on Jun 10, 2018 02:06 PM IST. For more news and updates on politics, world, sports, entertainment and lifestyle, log on to our website latestly.com).