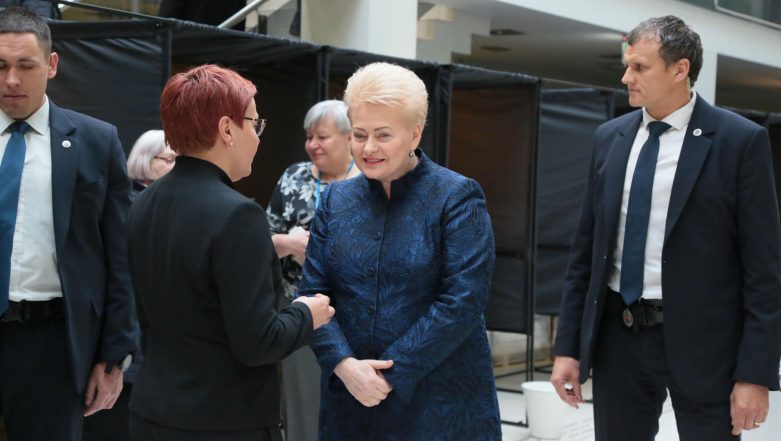 Vilnius (Lithuania), May 12: Voting took place on Sunday for the first round of Lithuania's presidential election and a referendum on expanding the possibility of dual nationality for citizens who left the country after the end of the Soviet rule in 1990. Some 2.5 million people are eligible to vote in the elections, in which nine candidates are contesting to succeed incumbent President Dalia Grybauskaite, who has already completed the maximum mandate of two five-year periods in power, reports Efe news.

The referendum also includes a question on a bill to reduce the number of seats in parliament. Lithuania has a semi-presidential regime in which the President holds important foreign policy powers. All the candidates are in favour of Lithuania remaining in both the European Union and in the NATO.