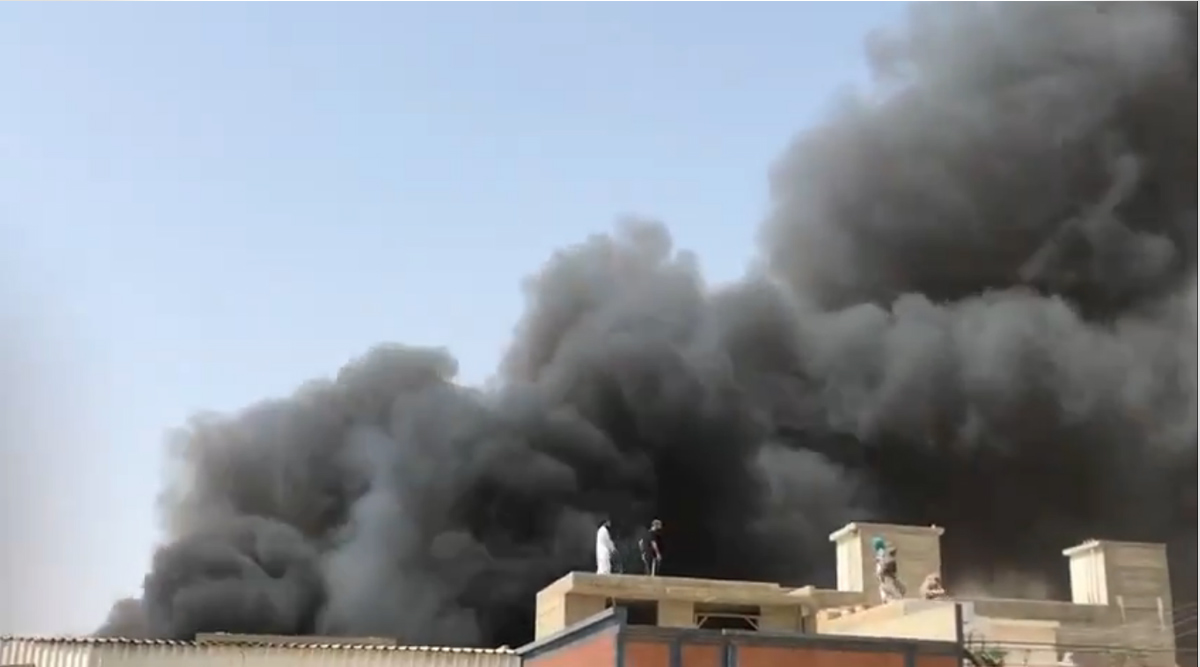 Karachi, May 22: In a major development, Pakistan International Airlines (PIA) flight from Lahore to Karachi crashed near Jinnah International Airport in Karachi on Friday. According to Pakistani media, the aircraft crashed at Jinnah Ground area near Model Colony in Malir. The aircraft, which was an Airbus A320, damaged several houses in the area. Meanwhile, the exact cause of the incident is not yet known. Reportedly, the aircraft was carrying nearly 100 passengers.

The flight bearing number 8303 had the capacity to carry over 200 passengers. However, there are no details on the number of casualties and injuries in the incident.

According to reports, the plane's communication with the airport was cut off just one minute before the landing. It is estimated that 97 people were on board, including 85 passengers and 12 crew members.

The visuals shared by Twitterati and Pakistani media showed wreckage and several houses in the area on fire. Thick place smoke can be seen billowing in the sky. The reports said that Pakistan Rangers and Pak Army Quick Reaction Force immediately reached the crash site to assist in relief and rescue efforts.