Pride and Prejudice: Poland at War Over LGBT Rights Before General Election 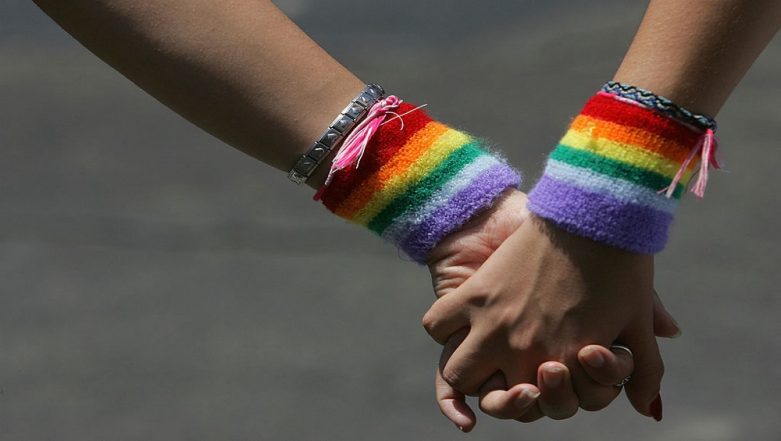 Warsaw, Aug 9: Poland's October general election is shaping up to be dominated neither by the economy nor politics as the devout Catholic country goes to war over LGBT rights, denounced by the governing conservatives and an archbishop as a "threat" to their way of life.

Homosexuality became the hottest electoral issue after PiS leader Jaroslaw Kaczynski condemned gay rights as a "threat" in April and put the issue high on his party's campaign agenda. Gay Pride Parade: Hundreds of Thousands March Across Europe to Mark 41 Years of Decriminalisation of Homosexuality.

The leftist opposition has seized recent sparring over LGBT as an opportunity to slam the ruling Law and Justice (PiS) party for its close alliance with the influential Catholic Church.

"For the PiS, it's political fuel. It allows the party to reaffirm its political identity, its attachment to traditional values in the face of the wave of Westernisation," political analyst Stanislaw Mocek told AFP.

"But the other side has also found a political weapon there, in the form of defending minority rights."

In May, a woman put up posters of the Virgin Mary with a rainbow halo, prompting police to detain her for "desecration".

Interior Minister Joachim Brudzinski tweeted: "All that nonsense about freedom and 'tolerance' doesn't give ANYONE the right to insult the faithful's beliefs."

In July a court ordered news magazine Gazeta Polska to halt the distribution of anti-gay stickers reading "This is an LGBT-free zone".

The caption picked up on a trend at local government level where PiS allies have declared themselves "free of LGBT ideology".

The incident sparked a series of protests with Prime Minister Mateusz Morawiecki condemning the violence but failing to speak out against the anti-LGBT campaign.

This month, Archbishop Marek Jedraszewski added fuel to the fire when he used a sermon to warn against the LGBT movement.

"The red plague no longer runs on our land," the clergyman said, referring to communism.

"But a new plague has emerged, neo-Marxist, that wants to seize our souls, hearts and spirits. A plague that is not red but rainbow."

The uproar was immediate: Poles took to the streets in Warsaw and the southern city of Krakow, brandishing rainbow flags and shouting "Shame!" and "Resign!".

YouTube initially blocked a recording of the sermon, then reinstated it.

A member of the Dominican religious order, Pawel Guzynski, urged Poles to write letters calling for the archbishop's resignation.

Other faithful took to the airwaves of the conservative Catholic station Radio Maryja to call for letters to be sent to the Vatican defending Jedraszewski.

Another episode in the LGBT battle looks set to take place at Saturday's gay pride parade in the central city of Plock, with members of the far-right planning to protest.

Around 50 residents sent the mayor a letter asking him to withdraw his patronage of the event.

Conservative Catholics believe Poland is the target of an "ideological campaign" by LGBT circles, backed and financed by international organisations such as the ILGA-Europe rights groups' network.

The argument was notably made by Marcin Przeciszewski, the head of Poland's KAI Catholic information agency.

In support he cited the anti-discrimination "LGBT+ declaration" adopted by Warsaw city hall in February, as well as the conclusions of a congress that united dozens of activist groups in the Polish capital in March.

Przeciszewski added that legislation has been drafted in favour of civil unions and gay marriage, though such texts have no chance of a greenlight from the current PiS-controlled parliament.

For Mocek, the debate touches on the nature of democracy.

"According to a traditional definition of democracy, the majority governs and must protect the rights of the minority," he said.

"But for the PiS, since the majority governs, it has the right to impose its will, and that's something that could lead to an attack on minority values."

Campaigning on a platform of generous social spending, PiS appears on track to win a second consecutive term in the election, according to recent opinion polls.