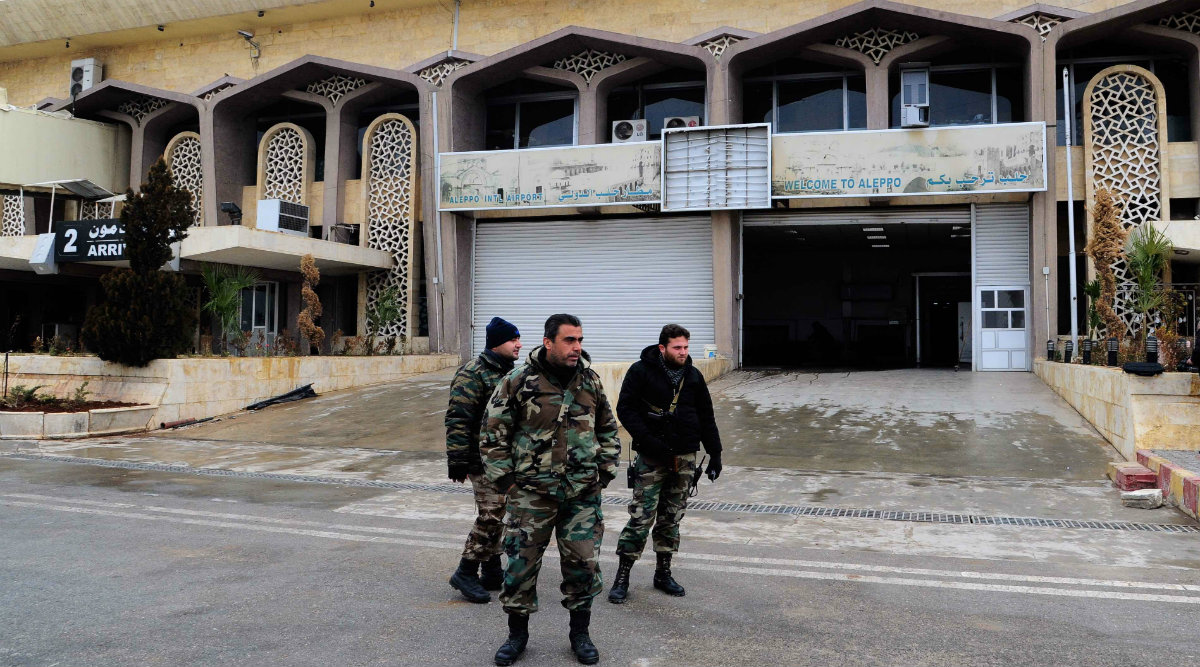 Damascus, February 20: The Syrian government has reopened the Aleppo airport after it was closed down nearly eight years ago. The reopening on Wednesday came after regime forces, backed by Russian troops, re-took control of Aleppo's countryside from rebels earlier this week, in the northwest of the war-ravaged country, reports Efe news.

Transport Minister Aleppo Airport told a group of accompanied journalists aboard the first flight to Aleppo from Damascus that the international airport "is one of the most important in Syria".

He added the airfield was "ready to start receiving airplanes and passengers from and to Aleppo".

"The airport used to have a capacity of 2.5 million passengers annually, which shows the economic activity of Aleppo," Hammoud explained.

In December 2012, civilian flights were suspended after the opposition captured the city during an offensive.

The Syrian army regained control of the city four years later and authorities started refurbishing the key airport in the country's second-largest city.

Work is also underway to reopen the M5 highway linking Damascus to Aleppo, which has been completely seized in the past few days for the first time since 2012.

Syria and Russia started an offensive in April 2019 to capture the opposition's last stronghold in Idlib and western Aleppo.

Idlib and western Aleppo are mainly under the control of former al-Qaeda affiliate Hayat Tahrir al-Sham, considered a terrorist group by Damascus and Moscow.

Last month, Syrian government forces backed by Russian planes captured Idlib's Maaret al-Nouman, which had been under the control of insurgents since 2012.

The military campaign forced 900,000 people to flee their homes in the northwest triggering the worst wave of displacement since the start of the war in Syria in 2011, according to UN figures.

The army offensive is taking place despite a ceasefire agreed by Russia and Turkey in Idlib earlier January. Moscow is an ally of Syrian President Bashar al-Assad, while Ankara supports some rebel groups.