Taiwan on Tuesday rejected China's claims of espionage. Taipei even accused Beijing of "creating terror" after Chinese media aired reports of spying by Taiwan. The reports also included an alleged confession by two nationals of Taiwan in China. 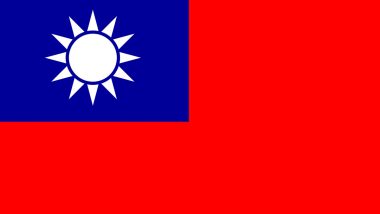 The Chinese authorities also captured hundreds of Taiwanese for allegedly involved in spying. A purported confession was aired on by CCTV of two Taiwanese men, identified as Lee Meng-chu And Cheng Yu-chin on Sunday and Monday respectively, reported global news agency AFP. However, Taiwan's premier Su Tseng-chang rejected these claims.

"China is an authoritarian country and always does such things to infiltrate and sabotage," reported the global news agency quoting Tseng-chang as saying. Taiwan's foreign ministry called these allegation "violation of human rights." It said that these allegations were deliberately made up to create a false narrative. Is a Chinese Invasion of Taiwan Growing More Likely?

As per the Chinese public broadcaster, Cheng was arrested in April 2019, and Lee was arrested in August last year. Relations between the two countries hit rock bottom after the 2016 election of President Tsai Ing-wen. Notably, Ing-wen considers Taiwan as a sovereign nation and not part of "One China" as claimed by Beijing.

Taiwanese President Tsai Ing-wen on the occasion of the country's national day said that she has hopes for fewer tensions with China and in the region if Beijing will listen to Taipei's concerns, alter its approach and restart dialogue with the self-ruled island democracy. Taiwan is important to Chinese national policy and prestige. It is also critical to American and allied defence in the Western Pacific.

(The above story first appeared on LatestLY on Oct 13, 2020 03:55 PM IST. For more news and updates on politics, world, sports, entertainment and lifestyle, log on to our website latestly.com).