US Forces Killed More Afghan Civilians Than by Taliban and Other Insurgent Groups: United Nations 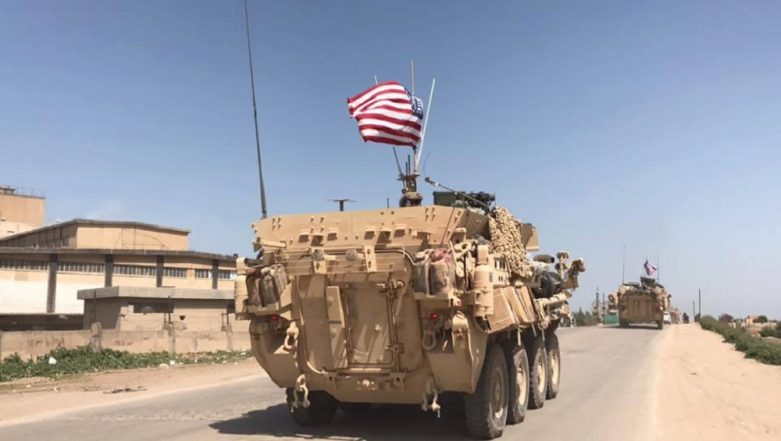 Kabul, April 24: Afghan civilians are for the first time being killed in greater numbers by US and pro-government forces than by the Taliban and other insurgent groups, a UN report released Wednesday revealed. The bloody milestone comes as the US steps up its air campaign in Afghanistan while pushing for a peace deal with the Taliban, who now control or influence more parts of the country than at any time since they were ousted in 2001.

During the first three months of 2019, international and pro-government forces were responsible for the deaths of 305 civilians, whereas insurgent groups killed 227 people, the United Nations Assistance Mission in Afghanistan (UNAMA) said in a quarterly report. U.S. President Donald Trump Wants To Deploy Military At Border With Mexico.

Most of the deaths resulted from air strikes or from search operations on the ground, primarily conducted by US-backed Afghan forces, some of which UNAMA said "appear to act with impunity". "UNAMA urges both the Afghan national security forces and international military forces to conduct investigations into allegations of civilian casualties, to publish the results of their findings, and to provide compensation to victims as appropriate," the report states.

UNAMA started compiling civilian casualty data in 2009 amid deteriorating security conditions in Afghanistan. It is the first tally since records began that shows pro-government forces have killed more civilians than insurgents have. In 2017, the US military started quickening its operational tempo after President Donald Trump loosened restrictions and made it easier for American forces to bomb Taliban positions.

While other nations may contribute logistical or technical support, it is US aircraft that conduct most strikes. Afghanistan's fledgeling air force is also flying more sorties. The US has sent huge B-52 bombers on runs over the country and benefited from an increase in aerial hardware as operations against the Islamic State group in Iraq and Syria tapered off.

UNAMA's report did however find that overall, civilian casualties dropped 23 percent as compared to the first three months of 2018. In all, UNAMA documented 1,773 casualties last quarter: 581 deaths and 1,192 injured -- the lowest first quarter toll since 2013. The drop was driven by a decrease in the use of suicide bomb attacks, but UNAMA did not know if this trend came as a result of a harsh winter or if the Taliban were trying to kill fewer civilians during peace talks.

Still, UNAMA chief Tadamichi Yamamoto, who also serves as the UN secretary general's special representative for Afghanistan, said a "shocking number" of civilians are being killed or maimed. "All parties must do more to safeguard civilians," Yamamoto said in a statement. Last year was the deadliest yet for Afghan civilians, with 3,804 killed, according to UNAMA.