Delhi: Two Arrested for Beating Up Woman in Shalimar Bagh

Delhi Police arrested two women who allegedly beat up a woman with sticks in the Shalimar Bagh area of the national capital, informed DCP (northwest) Usha Rangnani on Wednesday. 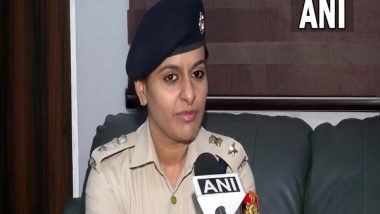 Speaking to ANI, Rangnani said, "We have analysed the CCTV footage of the incident which showed four people, two boys and two women. We have arrested the two women, Megha and Neha. They have now been sent to jail." Delhi: Two Arrested for Beating Up Woman in Shalimar Bagh.

"However, the victims (Mona Shokeen and her daughter) have put allegations on six people, out of which two are absconding," the DCP added.

According to police, the incident took place on November 19 when a group of persons beat up a woman with sticks in a residential colony in Shalimar Bagh.

The case has been registered based on the woman's complaint.