The India Meteorological Department has predicted extremely heavy rainfall in parts of Goa on Tuesday. 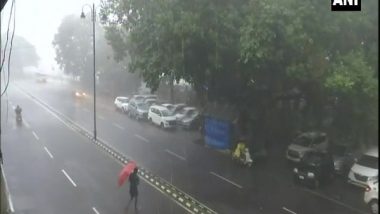 "In continuation of the daily forecasts and bulletins issued from June 7 to June 12, extremely heavy rainfall (rainfall higher than 204.4 mm in 24 hours) is very likely at one or two places over North Goa and South Goa districts on June 14, 15. Heavy to very heavy rainfall (115.6 - 204.4 mm of rainfall in 24 hours) is very likely with scattered distribution over North and South Goa districts till June 16," an IMD release said.

It said that winds of speed around 40 kmph are likely along with rainfall spells.

With increased rainfall activity to continue, the areas vulnerable for landslide and flooding may be kept under monitoring and necessary precautions may be taken, the weather office said. (ANI)