Janata Dal (United) Parliamentary Board President Upendra Kushwaha on Sunday reiterated party's stance on demanding for a caste-based census by the central government. 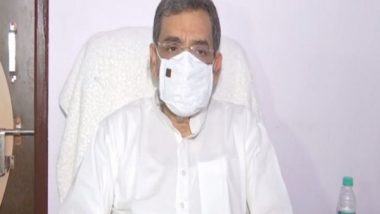 Briefing mediapersons here, Kushwaha said, "Caste census is a long-standing demand. The last caste census was in 1931. It is very essential to know the exact number of people of different castes. In 2018, Union Minister Rajnath Singh in the Lok Sabha had said that the caste census will be conducted along with the census in 2021. If there is confusion in this matter now, then it is not good."

Asked whether the JD(U) has differences with BJP, a key ally of BJP in Bihar, on the caste census issue, Kushwaha said, "JDU and BJP are different parties. We have differences regarding the issue. But it is normal. JDU clearly believes that there should be a caste census and we stand by this demand. This agenda was passed unanimously in the meeting of the Executive Committee yesterday. Secularism and social justice is the core ideology of JDU. We cannot compromise on secularism and social justice."

At the JD(U) national executive meeting at its headquarters in the national capital on Saturday the party had passed a resolution on the matter and said that it has sought time from Prime Minister Narendra Modi to hand over a memorandum demanding caste-based census in the country.

The JDU leader Kushwaha said it is essential to create an atmosphere in the country about the caste census issue and Bihar Chief Minister Nitish Kumar can take a lead in this matter.

On Friday, RJD leader Tejashwi Yadav met with Bihar Chief Minister Nitish Kumar in Patna on the issue of the caste-based census.

"Bihar Chief Minister Nitish Kumar has said that he is in support of the caste-based census. The chief minister will put forward a proposal in front of the Centre regarding this. It is important to enumerate caste-wise data in Census other than the Schedule Caste and Schedule Tribe," Tejashwi Yadav told reporters.

He also added that Kumar will seek permission to meet Prime Minister Narendra Modi on August 2 to discuss the issue of the caste-based census.

At the JD(U) national executive meet the party had also passed a resolution against any coercive measures like enacting laws to control population growth. Some states like the BJP-ruled Uttar Pradesh have proposed for laws to curb population. (ANI)