Garg is at present serving in his cadre state Odisha. He is a 1991 batch IAS officer. 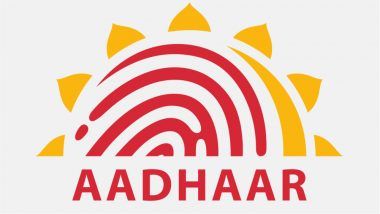 New Delhi, Mar 25: Senior bureaucrat Saurbah Garg has been appointed as the Chief Executive Officer (CEO) of Unique Identification Authority of India (UIDAI) as part of a bureaucratic reshuffle effected by the Centre on Thursday. Garg is at present serving in his cadre state Odisha. He is a 1991 batch IAS officer.

The Appointments Committee of the Cabinet has approved the appointment of Garg as the CEO, UIDAI in the rank and pay of Additional Secretary, an order issued by the Personnel Ministry said. Beware! Fake UIDAI's Aadhaar Number 1800-300-1947 Seen Yet Again on Android & iPhone Mobile Devices; Delete ASAP.

Sanjeev Kumar, a 1991 batch IAS officer of Maharashtra cadre, has been appointed as the Chairman, Airports Authority of India (AAI), it said.

Atish Chandra will be Chairman and Managing Director, Food Corporation of India in the rank and pay of Additional Secretary, the order said.

Chandra, a 1994 batch IAS officer of Bihar cadre, is currently Joint Secretary, Department of Agriculture, Cooperation and Farmers Welfare. There are a total of 22 bureaucrats who have been appointed to different ministries as part of Thursday's reshuffle.