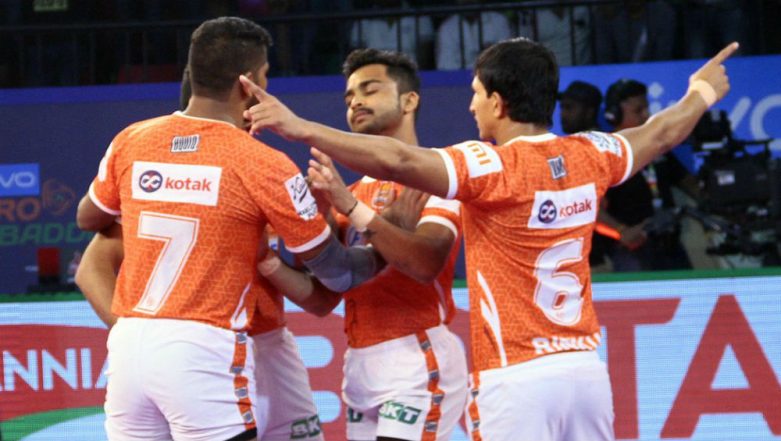 Pune, July 17: Pro Kabaddi League franchise Puneri Paltan on Wednesday announced Surjeet Singh as captain for the upcoming season 7. Singh, a defender, was part of the Paltan in Season 3. Head coach Anup Kumar said Surjeet will drive the team to glory. "Surjeet is a valuable asset to the team and he will definitely drive the team towards glory. He has an experience of leading the team and I have faith that his leadership capabilities will take us a long way in this season," Kumar was quoted as saying in media release.

"With the current squad and a leader like Surjeet, I am confident that this season we will put up a stellar show," he said. Singh said he was humbled by the decision to appoint him as the captain. "This is my second stint with Puneri Paltan after season 3 and with a comeback, nothing is better than getting an opportunity to lead the team," he said. Pro Kabaddi League 2019: Focus on Strengthening Raiding Unit, Says Rohit Kumar.

"Under Anup Sirs guidance, we have been training extensively to give our best performance for the league and we are all ready to set the mat on fire," he added. Singh will lead the Puneri Paltan team comprising Nitin Tomar, Girish Ernak, Pawan Kumar and Darshan Kadian, among others.

The seventh season of PKL starts in Hyderabad on July 20 and Puneri Paltan will be playing its first match against Haryana Steelers on July 22. A new jersey of the team was also launched on the occasion.