He also knows that against Boult, he cannot take his left leg across. These are the two things Rohit needs to address at the start of the innings," he added. 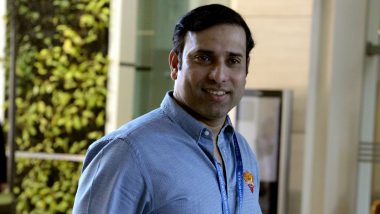 "I think, not only for Rohit, but for any opener, it is important to know where your off-stump is. Rohit since the time he has opened, the way he played even in the Indian conditions against South Africa, he was very disciplined and he knew where his off-stump was. That is something if Rohit can replicate that in the UK, he will perform well. We all know what an unbelievable talented batsman he is, he is a match-winner for the Indian team. Knowing where your off-stump is and letting go of the balls outside the off-stump is something Rohit requires to focus," said Laxman while replying to an ANI query during a virtual press conference, organised by Star Sports -- official broadcaster of the ICC WTC final.

"He has another challenge in the form of Trent Boult who can bring the ball in. He also knows that against Boult, he cannot take his left leg across. These are the two things Rohit needs to address at the start of the innings," he added. WTC Final 2021 Live Streaming and TV Telecast: ICC Release Broadcasters List For India vs New Zealand Clash.

Talking about the battle between Rohit Sharma and Trent Boult, former Kiwi pacer Shane Bond said: "What I do know, even during the IPL, Boult was running in and hitting the pads of Rohit, telling him that this is what is going to happen in the WTC final. This was just brilliant, those two were aware that they are going to come up against each other. I just love Rohit Sharma, I see him playing a Matthew Hayden type of role."

"He goes out as he did against England earlier this year, he imposes himself, he is dynamic and he can score pretty quickly. He can take the game away in one hour, batting at the top of the order suits him, if he scores fast, it instantly puts pressure on the bowling attack. I cannot wait for the battle between Boult and Rohit. I am expecting to see few smiles between the guys as well," he added. Team India Assemble In Mumbai Ahead Of Sri Lanka Tour (See Pics).

Prior to departing for England, India head coach Ravi Shastri had said that going ahead, the International Cricket Council (ICC) should look to make the final of the WTC a best-of-three contest and it could be played like a three-match series.