After nine Chinese engineers lost their lives in the bus attack, Beijing has postponed its high-level joint committee for the Belt and Road Initiative halting a billion-dollar hydropower project in Pakistan. 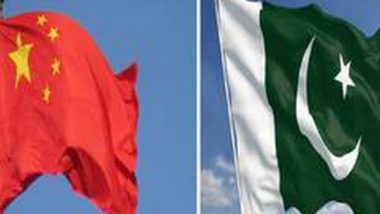 Karachi [Pakistan] July 22 (ANI): After nine Chinese engineers lost their lives in the bus attack, Beijing has postponed its high-level joint committee for the Belt and Road Initiative halting a billion-dollar hydropower project in Pakistan.

Thirteen people including nine Chinese engineers were killed during the construction of the China-led Dasu hydropower project in the Kohistan district. Pakistan's foreign office called it an accident caused by a mechanical failure. This triggered a strong response from Beijing, demanding that Islamabad probe the blast, Nikkei Asia reported.

"Obviously, these are efforts to block the CPEC mega project, previously a number of attacks targeted only the outlying areas of the CPEC in Balochistan, but this time it happened close to China," Fakhar Kakakhel, a senior analyst covering terrorism informed.

Pakistani officials, later on, discovered traces of explosives at the site. A team of fifteen Chinese investigators had also reached Pakistan to look into the matter.

In the initial reaction, Beijing postponed the 10th Joint Coordination Committee meeting, which is the ruling body for the USD 50 Billion CPEC project. Apart from that, Beijing also suspended work on the Dasu Hydropower Project, Nikkei Asia reported.

Experts believe that the attack has been a huge blow to China's interests in Pakistan. The disturbing situation in Afghanistan will lead to more trouble in Pakistan where [CPEC] will be the main target, Nikkei Asia reported citing Kakakhel.

Meanwhile, Beijing has also asked Islamabad to identify security risks being faced by Chinese personnel in the country.

After persistent attacks on Chinese nationals, now Pakistan has to convince Beijing that it can protect Chinese infrastructure and citizens from the terrorist groups when it has failed to protect its own. (ANI)