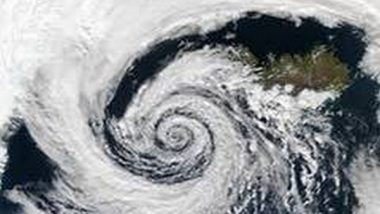 "Elsa is currently a strong tropical storm on a track to impact Florida by Monday. Florida is working with local authorities to safely secure the Surfside [condo collapse] site ahead of the storm," DeSantis said on Twitter on Saturday.

Elsa, the first hurricane of this year's Atlantic storm season, was downgraded to a tropical storm earlier in the day. Elsa Tropical Storm Intensifies, Threat Looms Over Carribbean; Officials Warn People To Plan for Possible Evacuations.

The Governor is urging Floridians in the southern part of the state to begin preparing for impacts as early as Monday, including heavy rain, flooding and potential storm surge," an official statement on the governor's website says.

The state government warned that the severity and track of tropical storm Elsa remained uncertain.

"While we continue to provide resources to support the response at Surfside, impacts from Elsa will begin affecting the Florida Keys and portions of southern Florida as early as Monday. All Floridians in the potential path of this storm need to prepare for the risk of isolated tornadoes, storm surge, heavy rainfall and flash flooding," DeSantis warned in a Saturday statement.

According to the US National Hurricane Center, Elsa is expected to slow down late on Saturday and move near Jamaica and portions of eastern Cuba on Sunday.