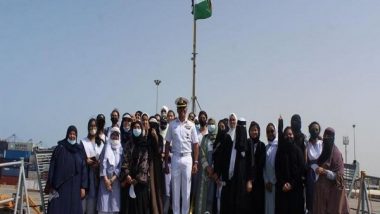 The statement also added that issues of bilateral Naval cooperation and training initiatives between the two countries were discussed during the meeting between officers.

Jeddah is a port city situated on the coast of the Red Sea, located between the Suez Canal and the Gulf of Aden. Notably, the Indian Navy routinely conducts anti-piracy operations in the region, with the Navy's INS Kolkata recently visiting Djibouti from May 4-7 as part of an anti-piracy patrol in the Gulf of Aden.

Indian Navy warships have been deployed in the Gulf of Aden since October 2008 for an anti-piracy patrol to ensure the safe transit of merchant vessels, the Navy informed in a statement on Twitter.