World News | Taliban Have Momentum, Half of Afghan Districts Under Their Control: US General Milley

US Chairman of the Joint Chiefs of Staff, General Mark Milley has said the Taliban have got momentum in the past ten months and now control half of the districts in Afghanistan. 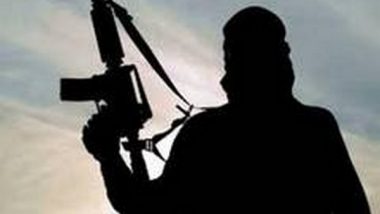 Kabul [Afghanistan] July 22 (ANI): US Chairman of the Joint Chiefs of Staff, General Mark Milley has said the Taliban have got momentum in the past ten months and now control half of the districts in Afghanistan.

Over 190 out of 419 districts in Afghanistan have fallen to the Taliban and this will be now a test for the leadership and people of Afghanistan, The Khaama Press quoted General Mark Milley as saying.

"The fighters are yet to topple any provincial capitals of 34 provinces, though they are creating the impression that their victory over the Kabul government is inevitable," General Milley said.

He also said though the end game is not written yet in Afghanistan there are possibilities of both negotiated settlement with the Taliban and a complete takeover by the group.

Meanwhile, US Defence Secretary Lloyd Austin said that the US' post-withdrawal military efforts will be for countering terrorist threats, not the Taliban.

"The US focus is to make sure terrorism is not exported from Afghanistan and threatens the US," the Defence Minister said.

The US will not only maintain the capability to observe terrorism but will also address it in case it appears from Afghanistan, The Khaama Press reported citing Austin.

Since the US announced its withdrawal plans in May, Afghanistan has witnessed a surge in violence in the war-torn country. The pullout is scheduled to be completed by August.

US Defence Secretary Lloyd Austin noted that US forces are still on track to leave Afghanistan by the end of August, but a small, robust presence of American troops will remain in Kabul to provide security to the diplomatic facilities and the international airport. (ANI)