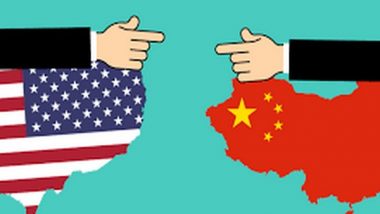 According to a statement by US Commerce Department, Raimondo also conveyed to Wang the US concerns over the need to level the playing field for US companies in China, and the importance of protecting US technology from unauthorised users.

Secretary Raimondo noted that she looks forward to future discussions with Minister Wang on these issues.

"Secretary Raimondo discussed the Biden-Harris Administration's focus on economic policies benefiting American workers and expressed U.S. concerns, including China's unfair and market-distorting industrial policies, the need to level the playing field for U.S. companies in China, and the importance of protecting U.S. technology from unauthorized users," the statement added.

Last month, US Trade Representative Katherine Tai held a virtual meeting with her Chinese counterpart Liu He and discussed the importance of the trade relationship between Washington and Beijing.

The US and China signed a partial trade deal in January 2020.

Biden administration has had a rocky start in the US relationship with China, with officials from the two countries openly bickering before the media at a meeting in Alaska hosted by US State Secretary Anthony Blinken last month.

Both the countries have continued to tussle on issues pertaining to Hong Kong, Xinjiang, South China Sea, and the Indo-Pacific region. The only issue they partially seem to agree on is climate change. (ANI)