Honda Cars India will officially announce prices of the City e:HEV in the country on May 4, 2022. It will be the first hybrid model in the compact sedan segment. 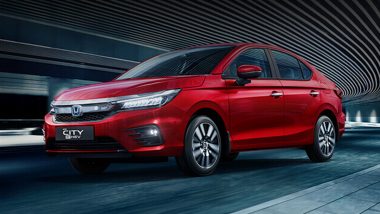 Honda Cars India will officially announce prices of the City e:HEV in the country on May 4, 2022. It will be the first hybrid model in the compact sedan segment. The automaker is already accepting pre-bookings for the hybrid sedan in India for a token amount of Rs 21,000. Interestingly, the Honda City Hybrid will be the first model in its segment to feature ADAS. Honda City e:HEV Hybrid Unveiled in India, To Be Launched Next Month.

Under the hood, there will be a 1.5-litre, four-cylinder, Atkinson Cycle petrol engine with two electric motors. The combined output stands at 124 bhp and 253 Nm of peak torque. The automaker claims that the hybrid sedan is 40 per cent more fuel-efficient than its petrol counterpart, returning a claimed mileage of 26.5 kmpl.

Aesthetically, the design of the Honda City e:HEV will see no major changes. The cabin gets subtle updates on the inside in the form of new upholstery and a hybrid-oriented instrument panel. It will come in three drive modes - EV, hybrid and petrol. As for safety, the Honda City e:HEV will be offered with 6 Airbags, Honda Lane-Watch, a Multi-angle Rearview Camera, Tyre Pressure Monitoring System and more. It also gets updated with disc brakes at all corners and an electronic parking brake. 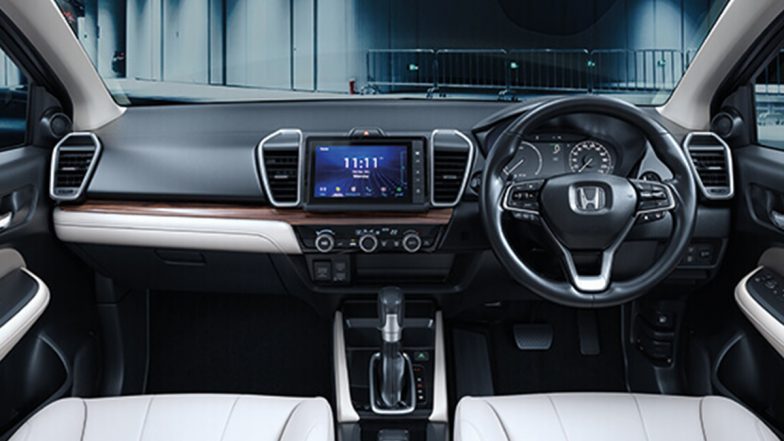 As mentioned above, the Honda City e:HEV will be the first car in the segment to get ADAS via Honda Sensing. The hybrid sedan will also come with features such as lane change assist, pedestrian alert, adaptive cruise control, Collision Mitigation Braking System (CMBS), Adaptive Cruise Control, Road Departure Mitigation (RDM), and auto high beam.

(The above story first appeared on LatestLY on Apr 29, 2022 11:07 PM IST. For more news and updates on politics, world, sports, entertainment and lifestyle, log on to our website latestly.com).