WBTrading – Trading Is Profitable if Done the Right Way

Most of them are unaware of the right techniques to choose, the right markets to trade and fail to manage risk. Most also depend on third-party tips and news, leaving them to make predictions which are likely to fall flat on their faces. 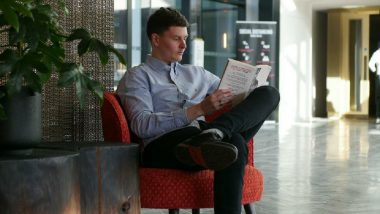 Trading financial markets carries a considerable amount of risk, and if done without the correct strategies in-place, may not deliver expected results. As many traders quickly find out, the possibility of losing an entire invested amount is not uncommon. This fate befalls the majority, most commonly because they are not able to hold back their emotions and struggle with their trades, which ultimately leads to losses. Most of them are unaware of the right techniques to choose, the right markets to trade and fail to manage risk. Most also depend on third-party tips and news, leaving them to make predictions which are likely to fall flat on their faces.

A proven trading strategy however eliminates these risks to a large extent. There are many trading experts out there who’s methods work successfully for them across various markets, but few have been able to provide guaranteed results for others, despite claiming to have the requisite knowledge to do so. This often leaves those who attempt to learn and replicate their techniques lost and frustrated. One trading expert who has proven to be able to lead struggling traders to their breakthrough even in fluctuating markets is William Brown, founder of WBTrading.

William hails from the North of England and has spent the last decade building and trading statistically-proven mechanical strategies that not only work beautifully under any market condition and across diverse markets, they can also be used by anyone whatever level of experience.

When asked what made him enter the trading field, William tells us: "I became interested in trading after watching a documentary on television about a trader who was apparently making £1,000 per-day plus from his bedroom. He had the cars, the clothes, the house in the country but I didn’t believe it was possible. I thought it was some kind of hoax. I just couldn’t believe making money via the computer from home was possible, was real. That was, until I opened a trading account myself, and began making money”.

His initial days were spent trading in stock indexes and cryptocurrencies which were just beginning to emerge during that period. After initially making money, William hit a wall and ended up moving backwards, slowly chipping away at his profits. He realized that something was missing and if he wanted to become consistent, a strong strategy had to be implemented which would remove the aspects standing in his way, namely discretion and emotion.

To fill in the gaps, William began pursuing training in the form of courses, coaching and seminars that taught various aspects related to trading. After many months of training and much money invested in education, he learned to build his own ‘mechanical’ trading methods. “Investing in myself and working with the traders I learned from was the best decision I ever made. The knowledge they imparted on me changed everything, and it’s why I so strongly suggest gaining proper education to all struggling traders” states William.

Today, William has shared his methods with hundreds of traders worldwide and has created five and six figure traders in the process. The companies’ student success-rate is one of the highest in the industry and those who have followed them vouch for their authenticity.

William aims to become one of the top mechanical trading experts in the world and his company WBTrading is leading the way in helping struggling traders to gain an ‘edge’ over financial markets. His goal is to reform trading education and to have a positive impact people's lives in the process.