Meta Warns Its Employees Not to Discuss 'Abortion' at Workplace

Meta (formerly Facebook) has banned using the word 'abortion' at its internal employee messaging platform called Workplace, citing it "an increased risk" that the social media platform can be seen as a "hostile work environment." 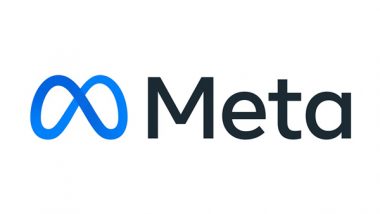 San Francisco, May 20 : Meta (formerly Facebook) has banned using the word 'abortion' at its internal employee messaging platform called Workplace, citing it "an increased risk" that the social media platform can be seen as a "hostile work environment."

According to a report in The Verge, a Meta executive told employees on Thursday that they are prohibited from talking about abortion on Workplace as per their policy.

The policy prohibits employees from discussing "opinions or debates about abortion being right or wrong, availability or rights of abortion, and political, religious, and humanitarian views on the topic," the report said. Meta Freezes Hiring for Several Verticals, Mark Zuckerberg Says, 'No Job Cuts'.

Janelle Gale, Meta's VP of HR, reportedly told employees at a meeting that abortion was "the most divisive and reported topic" by employees on Workplace.

Employees slammed the move, saying the policy is at odds with other policies at the company that allow discussion on 'Black Lives Matter', immigration and trans rights.

Sheryl Sandberg, the COO of Meta, called abortion "one of our most fundamental rights".

"Every woman, no matter where she lives, must be free to choose whether and when she becomes a mother. Few things are more important to women's health and equality," she wrote on her Facebook page recently.

However, one of Meta's most senior executives, Naomi Gleit, wrote in an internal post that "At work, there are many sensitivities around this topic, which makes it difficult to discuss on Workplace".

She said that employees were only allowed to discuss abortion at work "with a trusted colleague in a private setting (e.g. live, chat, etc.)" and in a "listening session with a small group of up to 5 like-minded people to show solidarity".

The policy banning discussion of abortion has caused division among the Meta employees, the report noted.

(The above story first appeared on LatestLY on May 20, 2022 01:23 PM IST. For more news and updates on politics, world, sports, entertainment and lifestyle, log on to our website latestly.com).