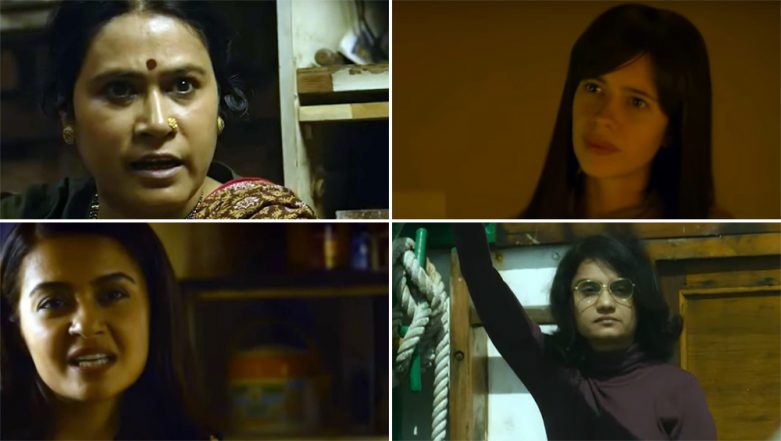 Sacred Games 2 is just around the corner. The second season of the Saif Ali Khan-Nawazuddin Siddiqui starrer will be released on Netflix on 15 August 2019. There were many questions around the first season that were left unanswered by the makers. The teasers and promos of the second season promise us an answer to everything. In their new promo, the makers have introduced the 'badass women of Sacred Games.'

In the new video we can see four female characters. These are Surveen Chawla as Jojo Mascarenas, Shalini Vatsa as Kanta Bai, Kalki Koechlin as Batya Abelman, Amruta Subhash as Kusum Devi Yadav and has Elnaaz Norouzi as Zoya Mirza/Jameela.

Their characters are no doubt every bit fierce, bold and mysterious. Each of these women have an intention and a reason to hit back. While we are still get the hold of the entire backstory of them, the promo is sure to make you curious about them more than anything! Check out the video here.

Filmmakers Neeraj Ghaywan and Anurag Kashyap have taken the director's seat for this season. In an interview with HT, Kashyap shared his excitement about S2 saying, "I generally disappear. Some reactions to S1 I couldn’t escape. I was overwhelmed. To avoid the constant curiosity of my mind to know how people are reacting to what we made, I go to a place where there is no access to the internet. On August 14 I’m going to do the same, just disappear.” Well, the fans are more than eager to binge watch season 2 already!