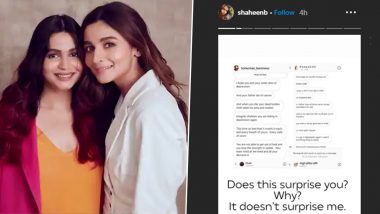 Sushant Singh Rajput's sudden demise has sparked off a debate on nepotism like never before. Many Bollywood biggies have been called out and tagged as the culprit behind Sushant's death. It's moreover the star kids who have been on the receiving end. Now, it's Alia Bhatt's sister Shaheen Bhatt who has taken to her Instagram stories and shared screengrabs of rape and death threats she and the actress have been getting online. In a series of posts, Shaheen set the record straight on how she would not tolerate the bullying anymore. She captioned the post, “Does this surprise you? Why? It does not surprise me.” Alia Bhatt’s Mother Soni Razdan Disables Comments Section On Instagram After She Receives The ‘Filthiest Abusive Muck On It’ (View Post).

That's not it, as Shaheen also mentioned the steps she would take against the one who sends her abusive and harassment messages. She said such accounts will be blocked and reported. Second, she revealed that the person sending such hate will forfeit his/her right to privacy. And lastly, she will take legal action. "I will use all legal recourse available to take action. If you think you can't be located because you think your account is anonymous, please think again -- IP addresses are easily trackable. You are not invisible. Harassment is a crime," she wrote. Sushant Singh Rajput: Dear Tweeple, Here’s Why Blaming Karan Johar, Alia Bhatt, and the ‘Nepotism Gang’ for His Suicide is WRONG and Insulting to the Actor’s Stardom.

Check Out Shaheen Bhatt's Posts Below: 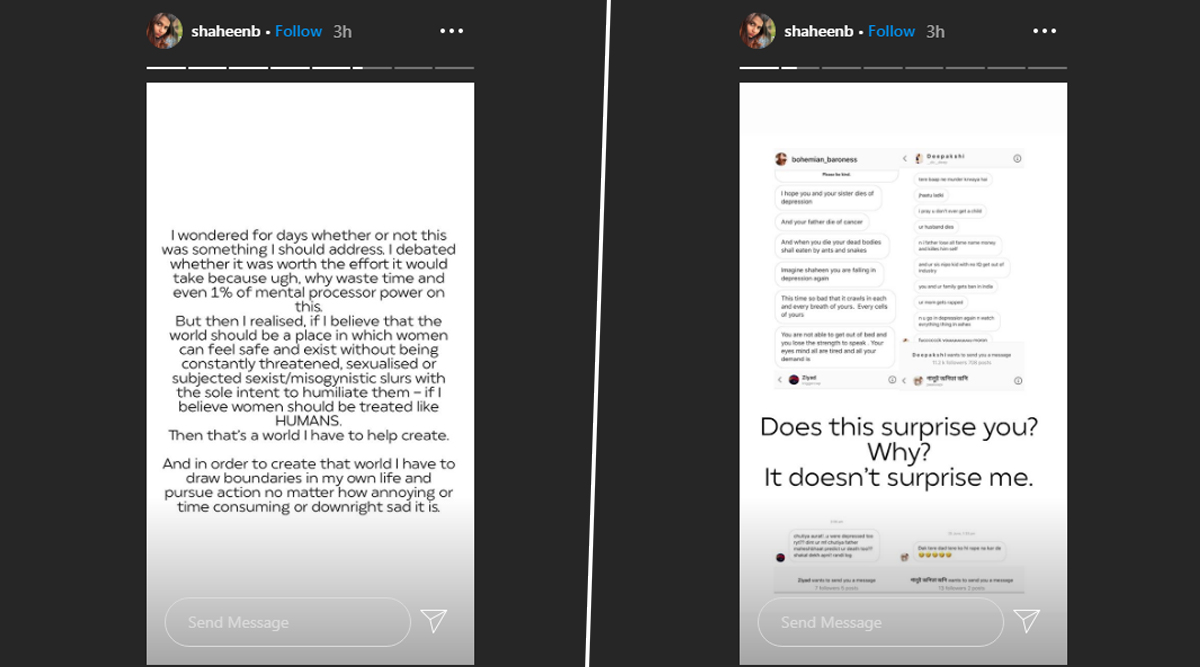 Shaheen Mentions She Will Go The Legal Way: 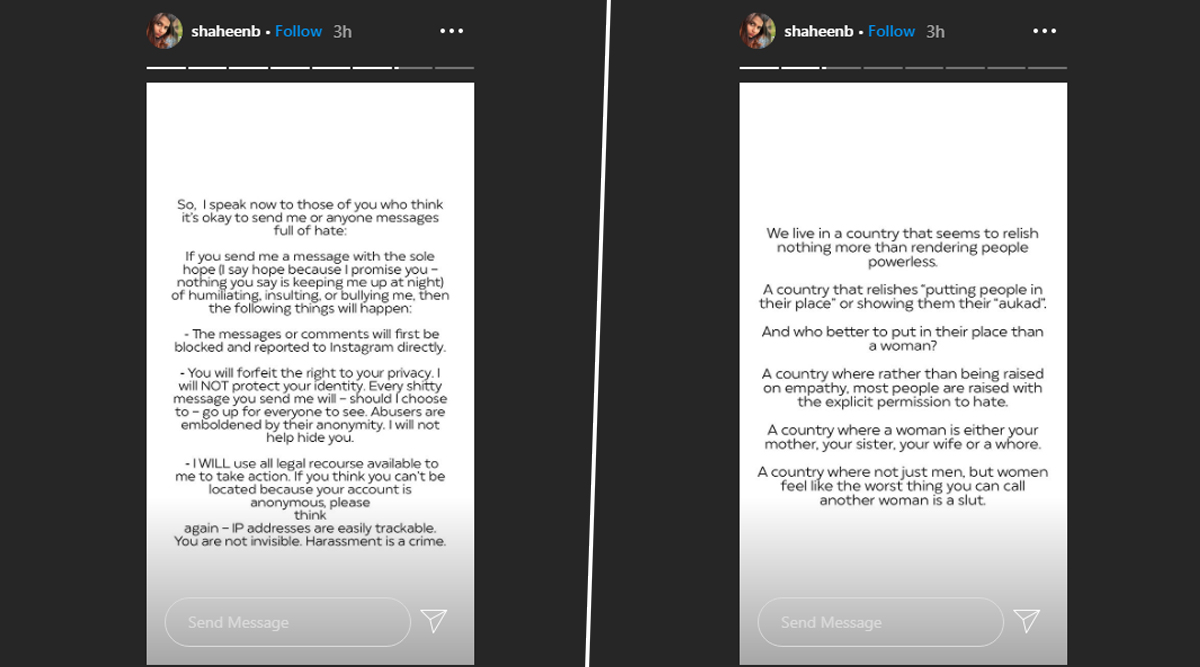 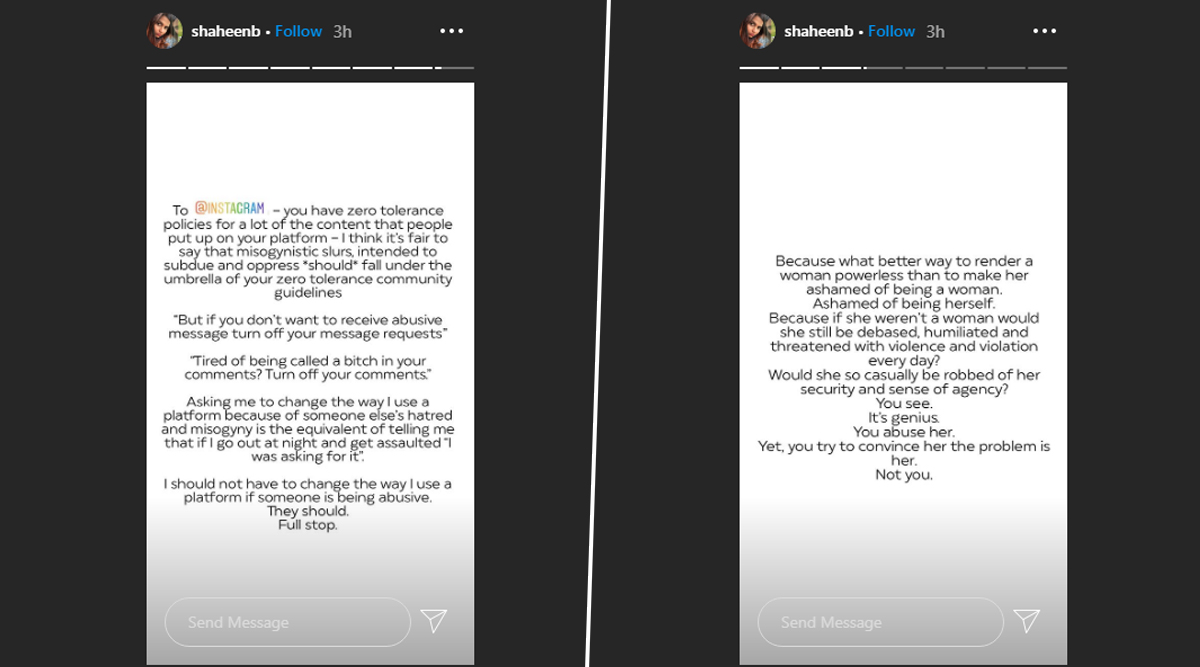 For the unversed, Alia has limited her Instagram comment section after she has been receiving a lot of hatred due to the Sushant Singh Rajput's suicide. Not just this, her mother, Soni Razdan has also disabled her comments on Instagram. Well, we do agree with Shaheen here as rape threats and online bullying is distasteful. Stay tuned!

(The above story first appeared on LatestLY on Jul 13, 2020 09:04 PM IST. For more news and updates on politics, world, sports, entertainment and lifestyle, log on to our website latestly.com).