Amitabh Bachchan and Abhishek Bachchan Are Keen on Entering IPL; May Have a Minor Stakeholding in Rajasthan Royals 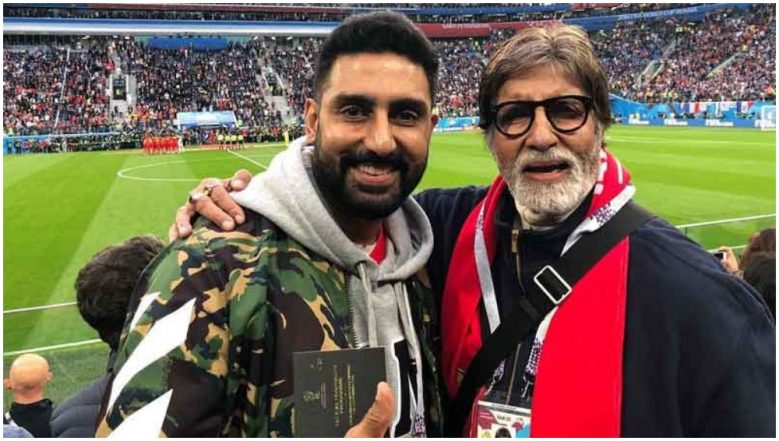 Amitabh Bachchan and Abhishek Bachchan are excited to take their love for sports to a completely new level or should we say territory. Bollywood one of the most prominent family is keen on entering Indian Premier League (IPL) after showing interest in Indian Super League (ISL) franchise Chennayin FC and Pro-Kabaddi League franchise Jaipur Pink Panthers. According to the reports in TOI, Bachchans were earlier eager to be a part of IPL's defending champions, Chennai Super Kings. When their talks didn't materialise, they expressed a desire to come on board for Rajasthan Royals. Koffee With Karan 6: Twitterati is in Love with 'Witty, Cool and Charming' Abhishek Bachchan.

When TOI contacted AB Corp CEO Ramesh Pulapaka, he confirmed the news by saying, "Yes, Abhishek (Bachchan) met Manoj Badale in London some time ago." The person whom AB Jr met is a co-owner of Rajasthan Royals. Pulapaka refused to divulge any more details about the progress and also didn't discuss about why the talk with CSK didn't materialise. Abhishek Bachchan Solves the Mystery Behind Amitabh Bachchan, Shah Rukh Khan, Aishwarya Rai Serving Food at Isha Ambani-Anand Piramal's Wedding.

There shouldn't be any hurdle for Bachchans to come in this race, however, with Rajasthan Royals still being linked to Lalit Modi, BCCI may raise some objections. Modi’s co-brother-in-law Suresh Chellaram’s family is the majority stakeholder in the team and this may be a  cause to worry. With Shilpa Shetty and Raj Kundra's exit from RR team (after the betting scandal), the team is in dire need of some celebrity endorsement and who better than the entire Bachchan family to cheer for them? While no deal has been signed by both the parties yet, let's hope it materialises very soon.