The first look of Kartik Aaryan in the sequel of Akshay Kumar and Vidya Balan’s horror-comedy series Bhool Bhulaiyaa 2 was released on August 19 and not everyone is happy with it. While the first look highly resembled that of the original, social media users have now turned the sequel's first look into some hilarious memes. Check them out. 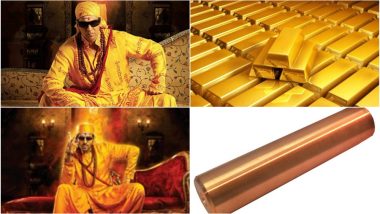 While the first look was widely loved by the actor's fans, it has also sparked several memes on the internet as several users found the similar first looks of the original film and the sequel lazy and many were even disappointed over Kartik's casting instead of Akshay. There were several memes that made their way on Twitter which showed the original vs sequel posters compared to funny situations. Check out some of the memes that have flooded social media relating to Bhool Bhulaiyaa. Bhool Bhulaiyaa 2 Is Happening! Will Akshay Kumar and Vidya Balan Be a Part of This Sequel?

When You're Getting Gold.. Why Go for Tamba?

When you why go for

The Best Casting for Bhool Bhulaiyaa 2:

Classic Case of Expectation Vs Reality:

Pic 1 - what u think of yourself and Pic 2 - what others think of you #BhoolBhulaiyaa2 pic.twitter.com/eMayhnyK27

Did Sanju of Shaka Laka Boom Boom Mess This Up?

The Bhool Bhulaiyaa 2 We Want:

Number of KTs This Semester:

We bet these hilarious memes will leave you in splits. The Bhool Bhulaiyaa sequel is yet to confirm the rest of its cast. The film is currently in the works and will hit the theatres on July 31, 2020.

(The above story first appeared on LatestLY on Aug 19, 2019 10:19 PM IST. For more news and updates on politics, world, sports, entertainment and lifestyle, log on to our website latestly.com).