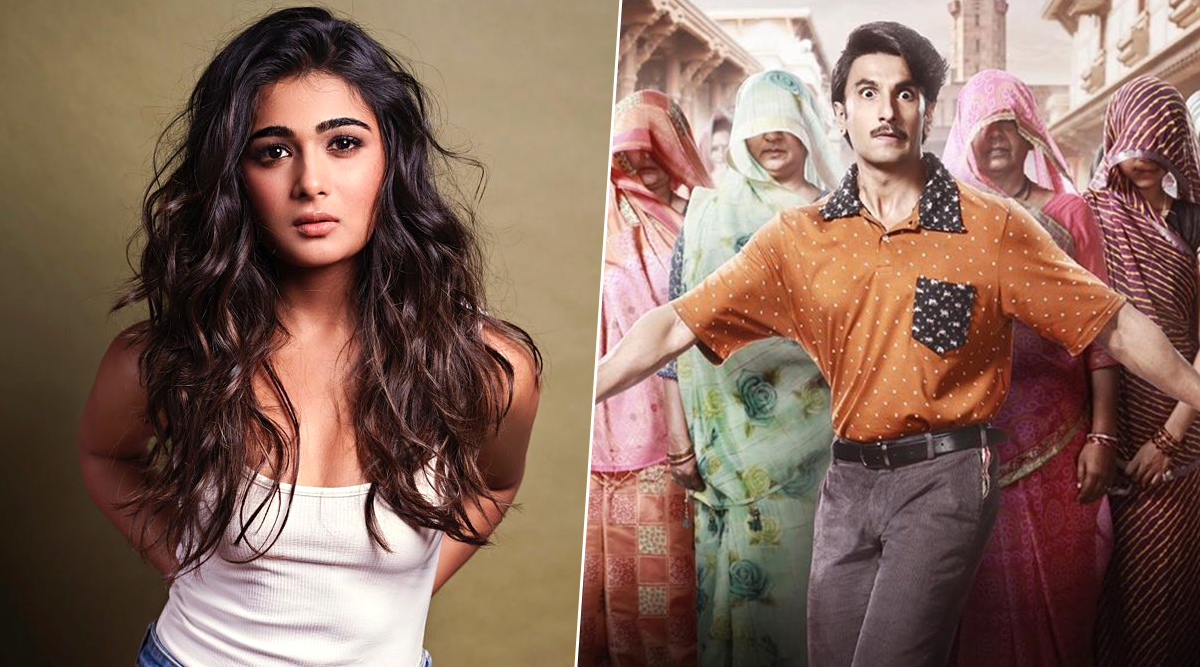 Actor Shalini Pandey, who featured in the Telugu blockbuster Arjun Reddy, will make her Bollywood debut opposite Ranveer Singh in Jayeshbhai Jordaar. The film is backed by Yash Raj Films, who will also manage the actor going forward. Producer of Jayeshbhai Jordaar, filmmaker Maneesh Sharma, said the script and vision of the film demanded a fresh face for the role. Jayeshbhai Jordaar: Ranveer Singh is a Typical Gujarati Lad in this First Look From his Next.

"Shalini's audition was so spontaneous and nuanced that we knew immediately that she was the right person for the part. She is an assured actor with a refreshing presence, and we have real confidence in backing her talent. She's really going to catch your attention in Jayeshbhai Jordaar," Maneesh said in a statement. Shalini said she is fortunate to be working with the banner and the Gully Boy star in the film. After Nithya Menen and Keerthy Suresh, Arjun Reddy Actress Shalini Pandey Enters Bollywood, Will Romance Ranveer Singh in Jayeshbhai Jordaar.

"Being given the opportunity to be signed on as a talent and also being cast under the Yash Raj Films banner is truly any artiste's dream. I've been blessed with this huge chance to show my mettle in the Hindi film industry and I'm incredibly thankful for it. "I'm also very fortunate to be sharing screen space with Ranveer Singh who is one of the biggest superstars of our generation and also one of the most versatile actors. I'm thrilled about being paired opposite him and this inspires me to prepare myself thoroughly to deliver the best," she added.

The 25-year-old actor started her career as a theatre actor in Jabalpur before heading to the Telugu film industry. Billed as a humorous entertainer set in Gujarat, Jayeshbhai Jordaar is directed by debutant Divyaang Thakkar and stars Ranveer in the title role.