Exclusive! Sooraj Pancholi's 'Time to Dance' is NOT Shelved, Will Release in 2020

Sooraj Pancholi's Time to Dance is very much on track and will release in 2020. Though Isabelle is currently working on Kwatha with Aayush Sharma, she will have two movies releasing within the same year. 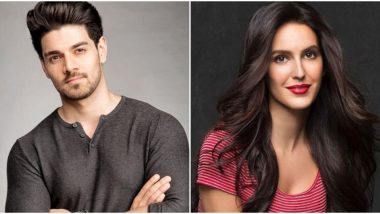 For the ones who were wondering if Sooraj Pancholi's 'Time to Dance' with Katrina Kaif's sister, Isabella Kaif is shelved, well, it is not. The Hero actor in his recent conversation with us revealed that his project is very much on track and not put on a backburner definitely. The reports of the movie getting shelved started surfacing after Isabelle was announced as the lead in Aayush Sharma's Kwatha. While the project may or may not be her debut movie, we know for a fact that she'll have two releases in the same year. 'Katrina Didi Only Wants Cheese' Says Isabelle Kaif While Making her an Omelette - Watch Video.

When Sooraj in his conversation with LatestLY was asked to elaborate on the update of his dance movie, he said, "A few days of shooting is left which will happen soon. I wanted to finish Satellite Shankar before." He further revealed that the movie will release somewhere in 2020. The movie is being directed by Remo D'Souza's assistant, Stanley D'Costa and also stars Waluscha De Sousa in key role. Salman Khan to Recreate O Oh Jaane Jaana for Katrina Kaif's Sister Isabelle Kaif in Movie 'Time to Dance'.

The story revolves around Pancholi as a street dancer while Ms Kaif is a ballroom Latin dancer. It's rumoured that the movie will have 8 soundtracks with different choreographies mainly done by Remo himself.

(The above story first appeared on LatestLY on Oct 22, 2019 02:04 PM IST. For more news and updates on politics, world, sports, entertainment and lifestyle, log on to our website latestly.com).