From Don 3 to Kalpana Chawla Biopic: Priyanka Chopra Gives an Update on all her Rumoured Projects

Is Priyanka Chopra even considering Don 3 with Farhan Akhtar's Excel Entertainment? Or is she a part of Kalpana Chawla biopic? Well, we finally have answers coming straight from the horse's mouth. 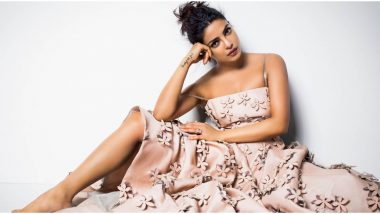 Priyanka Chopra is a busy lady and it's certainly inspiring to see her juggle between Hollywood and Bollywood. Though she's occupied with her commitments in the west these days, she's busy reading scripts for her Bollywood outings, some of which she'll finalise very soon. Besides the rumour of Sanjay Leela Bhansali approaching her for Gangubai Kothewali (which she is clueless about), there were a host of other projects in east and west as well that she was rumoured or announced to be associated with it. What's an update on them? Well, we have it sorted for you.

Priyanka in her recent conversation with Mumbai Mirror opened up about her numerous projects and revealed if she was ever approached for them. If she was, what's their current status or if they are already shelved. And yes, this includes Don 3 with Farhan Akhtar's Excel Entertainment. We'll elaborate a bit on all of them.

A TV show based on Madhuri Dixit's life:

"We were developing that, but I don’t know what’s the status on it. It was a sitcom, inspired from MD’s life, an Indian actor who moves to the US and what happens next," said PeeCee.

The most interesting update among all. Sadly, her reply wasn't fascinating. When asked if she would return for Don 3, Priyanka said, "You will have to ask the producers that. No one has spoken to me about it, it’s been almost 10 years."

It's still in works as per Priyanka Chopra. "We are working on the script when it’s ready, we will green-light it," she said.
A Biopic on Ma Anand Sheela
"That’s another script we are developing. I am doing it with Barry Levinson who directed Rain Man. I will be producing it."
Besides these multiple projects, Priyanka is also in talks for an American TV show, details of which she can't share yet. Then there's her collaboration with Mindy Kaling which is being scripted currently. And of course, an adaptation of the book, The White Tiger with Rajkummar Rao for Netflix and a kids' superhero movie where she plays an antagonist.

(The above story first appeared on LatestLY on Sep 25, 2019 03:54 PM IST. For more news and updates on politics, world, sports, entertainment and lifestyle, log on to our website latestly.com).