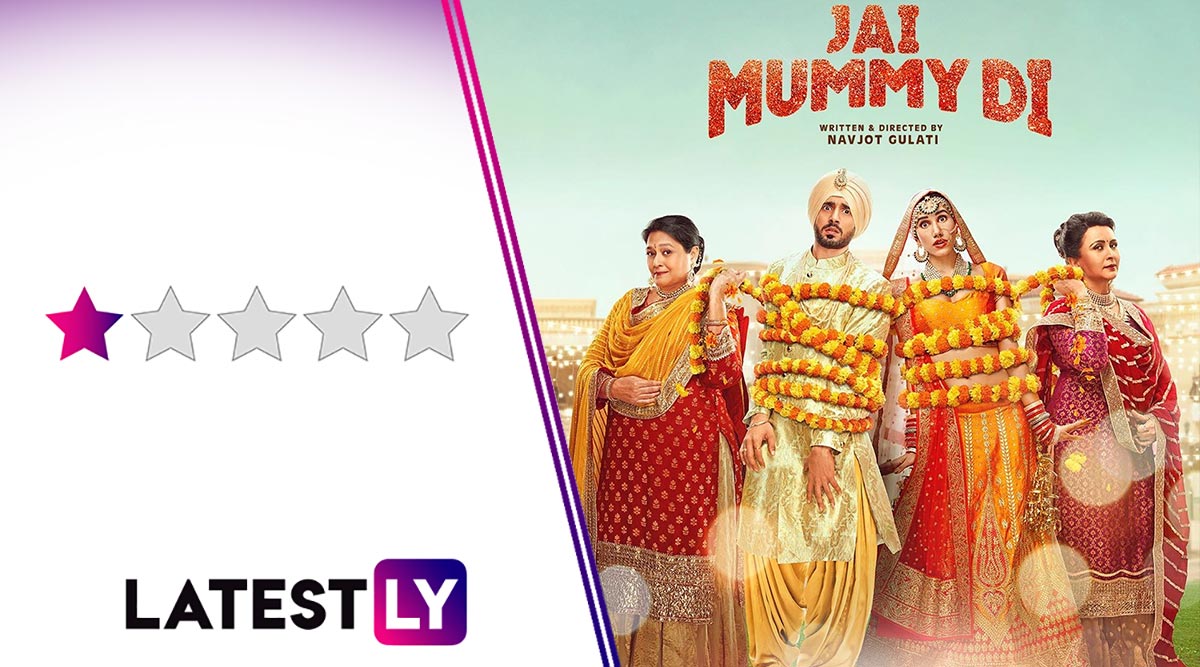 Have you watched the TikTok video where the girl poisons her boyfriend with the help from another dude but the boyfriend knew about this plan and walks past them spitting a fountain of the poisonous water out of his mouth? That cringe-worthy 15 seconds-long video has a better plot than Jai Mummy Di. The only good thing about the movie is its runtime which is 105 minutes. With a good company on the next seat, you might be able to tolerate the film.

Sunny Singh plays Puneet, Sonali Seygall plays Saanjh. They are high school sweethearts, also neighbours, who have to hide their love story from their mothers, who are friends turned foes.

On the surface, it sounds like a story that could work. But the two ladies, Supriya Pathak and Poonam Dhillon, whom I went to watch in action with their claws out, are barely there. The two legendary actresses have, what you can call, extended cameos. Sunny tries to power through the dull script that he has been provided, whereas Sonalli spends most of her time staring away from the fan blowing her hair.

This won't be the first time that the audience has been lured into watching a film about an oh-so-in-love couple trying to convince their parents into letting them be. But from the trailer, it seemed that Jai Mummy Di will focus on the matriarchal dynamics between the two families. But it is not the case. In fact, this angle is least explored and remains half-baked even as the movie tries to tie the loose ends. Jai Mummy Di song Lamborghini: Sunny Singh and Sonnalli Seygall's Peppy Track Retains the Magic of the Original (Watch Video).

Fine, maybe director and writer Navjot Gulati wanted the chemistry between the leads to be the centrepiece of the film. But even in that case, the film falls flat. The two actors together, do not have enough charisma, to keep you engaged and interested. There are funny one-liners, here and there, but not enough. We spend the entire first half watching the couple express their love, part their ways, come back together, and part their ways again only to come back together once again. The two moms, who should be the epicentre of this story remain one-note and underwritten.

Sunny is cute and earnest, probably the best thing about the film. Sonalli looks hot but doesn't give it her all to acting her part. Poonam and Supriya do not get enough material.

There is this creepy scene where a brother gets sex advice from his younger sister and retorts, 'Choti tu toh badi ho gayi hai!' I am gonna leave it there.

Credit, where it's due - films produced or directed by Luv Ranjan are infamous for the incoherent women-bashing. Jai Mummy Di takes a swift turn from this route. Sonalli's character has agency, she is driven and has more dignity than all of previous Luv Ranjan heroines combined. She walks out of the relationship calmly with zero fuss and no drama after being rejected. She is sure of what she wants.

Jai Mummy Di is a painfully boring watch that will test your patience. It wastes a nice idea that one day could be made into a better film. Skip.