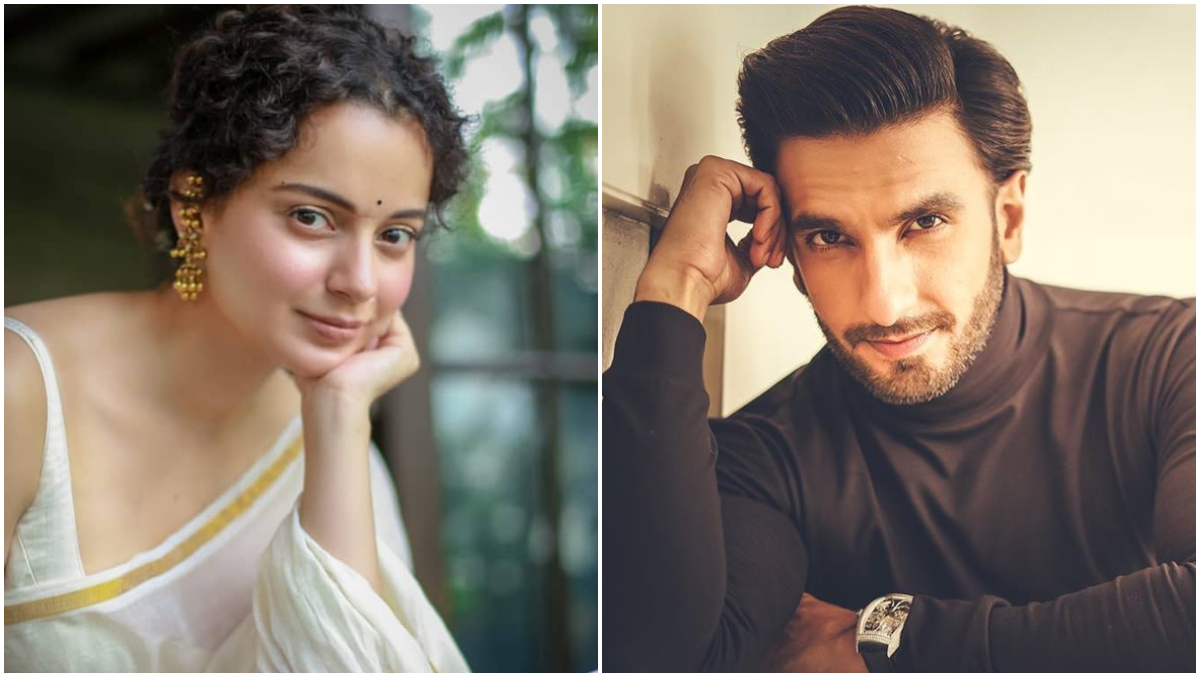 Kangana Ranaut has come to be known as an actress who can carry a film on her shoulders. She stepped in to direct Manikarnika, when the duty called. She has given critically acclaimed film like Panga and commercially viable film like Queen. So, we are not going to make a big deal out of this, but very casually want to tell you that the actress would like to work with Ranbir Kapoor and Ranveer Singh. Despite having been around in the industry for a very long time, Kangana has not worked with a lot of her male contemporaries. The reason could be that she picks female-driven films mostly. Kangana Ranaut Talks About Drug Addiction and Turning to Brahmacharya in Her Latest Video.

In a recent interview with Pinkvilla, she was asked about the actors she'd like to work with. "I am really meaning to work with Ranveer Singh and Ranbir Kapoor, both, provided we have an equal chance," the actress said. She added that she'd like to do something like A Star Is Born. "Ranveer's energy is too volatile. Ranveer and I can do something like that," she said. Kangana Ranaut Singhs 'Ab Tumhare Hawale Watan Saathiyo' To Pay Tribute To Bhagat Singh, Rajguru and Sukhdev on Shaheed Diwas (Watch Video).

On the work front, Kangana was last seen in the underrated film, Panga, which was directed by Ashwiny Iyer Tiwari. The actress played the role of a 32-year-old woman who makes a comeback in the Kabaddi. In her interview with Pinkvilla, Kangana also revealed that she was disappointed that Panga did not get a lot of screens when it released because it was sandwiched between other big films. But she now is very happy that the film has released and people can watch it, instead of it being stuck due to the COVID-19 pandemic shutdown.