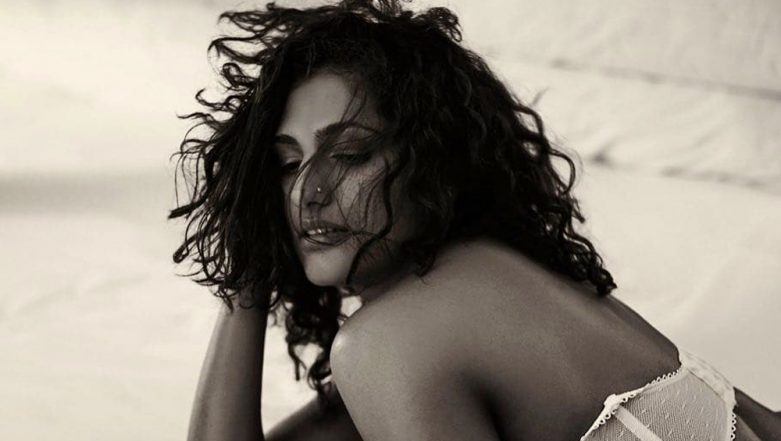 While Netflix’s Sacred Games series was one massive hit, the USP of the show was that every character had an important role to play and every character struck a chord with the audience, even the baddies. But guess who shone the brightest? It was everybody’s favourite Kukoo. And after her portrayal of the character, actress Kubbra Sait became quite the rage. Kubra Sait Flaunts Her Sexy Curves in Tiny Bikinis During Her Maldives Vacation; See Hot Pics to Get More of Sacred Games’ Kukoo Ka Jadoo

We recently caught up with her at the on-going CINTAA ActFest and quizzed her on Kukoo and her ‘magic’ in Sacred Games 2. And here’s what Kubbra revealed when asked if Kukoo will be present in Season 2-

When asked her about season 2 and what to expect out of it, Kubbra revealed, “I think it’s got a fantastic crew yet again. Anurag Kashyap is directing Nawazuddin Siddique and his flashbacks and present. We have Neeraj Ghaywan who will be directing the Saif Ali Khan parts, so that is something that even I am really excited to watch myself.” Saif Ali Khan Drops a MAJOR Hint About Sacred Games Season 2

For those who are yet to watch Sacred Games, Kubbra's character Kukoo becomes Ganesh Gaitonde’s lucky charm and also part reason for his successful climb up the ladder of the underworld. However, certain circumstances lead to Kukoo killing herself so as to not let bad luck befall Gaitonde and his plans to rule Mumbai underworld. And Kukoo’s death was one that was hard on most viewers of the show.