Lucky Ali Birthday: 7 Movies Of The Singer As An Actor That You Can Watch Today

Lucky Ali means pure nostalgia for people who grew up in the 90s. His songs still hit hard with Sunoh being a favourite of an entire generation. But what many may not know is that he is also a great actor. Here're some movies that he worked in as an adult. 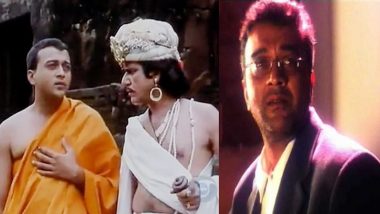 The name Lucky Ali means a lot of things to us. One, he is pure nostalgia. 90s pop scene was lit because of his Sunoh or Gori teri aankhen singles. These songs are still hummable and transport you to a completely different era. Second, the vocal quality of Lucky Ali is unlike any other we have heard so far. Nobody can say his voice resembles anybody else. It's still fresh and new which adds a touch of surrealism to his renditions. But not many are aware that Lucky Ali has also acted in a few movies. Of course, the illustrious genes of one of India's favourite comedians, Mehmood, was passed down to him and he did a decent job as well. He has worked as a child artist in a lot of Mehmood movies like Kunwara Baap, Ginny & Johnny, Chote Nawab and others.  Lucky Ali Reacts to How His Music Still Feels Fresh and Hit the Right Chord Among the Audiences Even Today

So on his birthday today, let's talk about the movies where Lucky Ali is an adult and also the hero. Lucky Ali Posts Video of Mysterious White Light in the Sky, Calls it a 'UFO'

This movie was perhaps one of the early ones of his where Lucky Ali is still blooming into an adult. 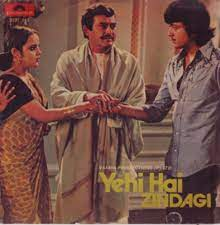 This is a movie which had Mehood along with six kids and one of them was Lucky Ali. Look for the guy in yellow t-shirt!

Lucky Ali played several roles in this episodic Doordarshan series about India's history. Check out one of the scenes from the episode.

Lucky Ali played Erasmo who marries a girl called Anna who doesn't love him but someone else. Things get weirder when Anna learns she is pregnant.

Lucky Ali plays a professor to his prodigy and then starts feeling insecure about his own creation. The music of this movie is simply fantastic.

Sanjay Gupta's version of Reservoir Dogs, Kaante was quite stylish and slick where Lucky Ali plays one of the heist guys.

For the most part of his acting career, Lucky Ali was credited as Maqsoom Ali which was his real name.

(The above story first appeared on LatestLY on Sep 19, 2021 08:10 AM IST. For more news and updates on politics, world, sports, entertainment and lifestyle, log on to our website latestly.com).