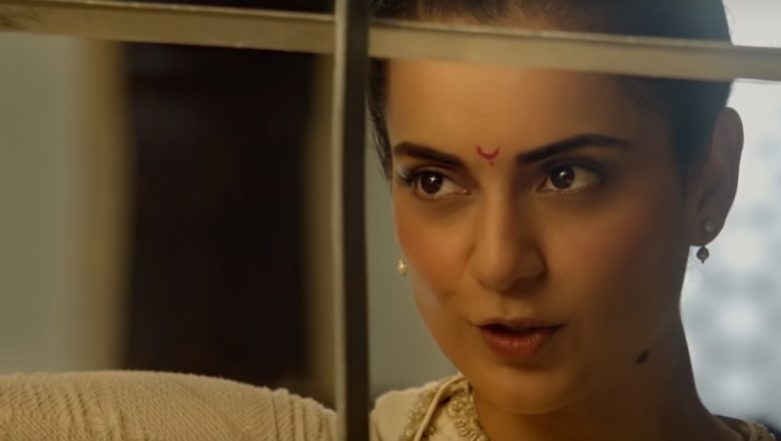 Manikarnika: The Queen of Jhansi, which released last Friday, has surpassed the Rs 50 crore mark in just 5 days. Starring Kangana Ranaut in the lead, the period war drama is holding up well at the box office despite opening to not-so-great reviews. After getting off to an ordinary start at the BO on day 1, Manikarnika witnessed substantial growth over the first-weekend courtesy good word of mouth. And the film ended up raking Rs 42.55 crore in the first three days itself. On day 4, it passed the crucial Monday test and on day 5 the big budget film fared decently at the ticket windows. Manikarnika Box Office Collection Day 4: Kangana Ranaut's Film Inching Towards Rs 50 Crore Mark, Rakes in Rs 47.65 Crore.

Kangana's film, which has been co-directed by herself, has done good business at the overseas box office as well. The film surpassed the $ 1.5 million mark in four days and is still raking in money at the ticket windows. Manikarnika Beats Tanu Weds Manu Returns; Becomes Kangana Ranaut’s Second Highest Opener with Rs 8.75 Crore on Day 1.

Apart from Manikarnika, Nawazuddin Siddiqui starrer Thackeray also hit the theatres on January 25. The biopic, directed by Abhijit Panse, got off to a dull start but then had a good opening weekend as it ended up collecting around Rs 24 crore. Though both the films came out on the same day, they haven't posed any threat to each other. In fact, its Vicky Kaushal's Uri: The Surgical Strike which is giving them competition at the box office.