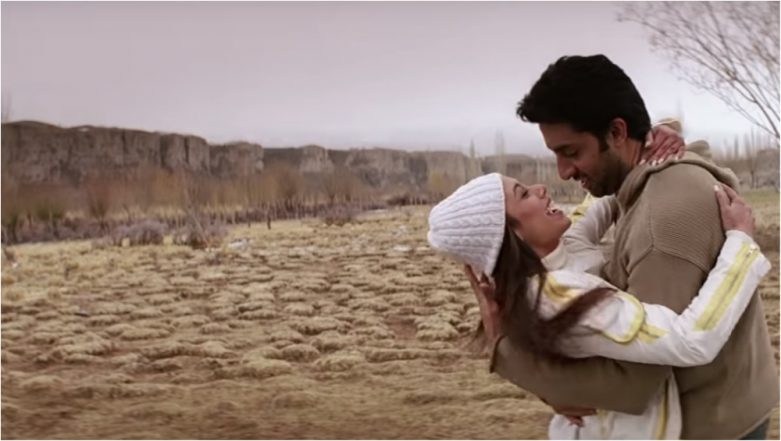 Abhishek Bachchan-Rani Mukerji's 2005 film, Bunty Aur Babli, was a rage between the cine-goers. The popular pair of Rani and AB Junior has been always been in the demand, thanks to their on-screen crackling chemistry. Now, a sequel is getting planned for this film and the fans of this pair are already eager about it. The latest reports say that not just Rani and Abhi but the sequel might also have Amitabh Bachchan and two more young actors. Now, that's something interesting! Bunty Aur Babli Again: Have Rani Mukerji and Abhishek Bachchan Teamed Up for a Sequel?.

A source close to the development told pinkvilla.com, "Unlike Bunty Aur Babli, the second installment will not have just Rani and AB Junior. There will be two pairs of actors with a jodi from the younger generation of actors joining the two main leads from the original. The story has been written in a way which requires two leading pairs. It needs to be seen if Amitabh Bachchan also reprises his role in the sequel. But as of now, the makers are currently in the process of looking at the Gen-Y actors for the film."

It is not a new thing for the filmmakers to add new faces to the sequels and franchises to make it bigger and better. The much-loved film created a wave with its light-hearted content and its music album. Oh, and how can we forget Aishwarya Rai's "Kajra Re?!" So, the fans clearly have a lot of expectations from the second part of the film that is tentatively called Bunty Aur Babli Again.

While it is hearty to see Rani and Abhishek reunite for this Shaad Ali directed film, despite their alleged fall-out, we hope that they do have a meaty role and not just cameo! Also, who will be the new gen actors to be roped in the sequel, is one big topic of curiosity. What is your prediction?