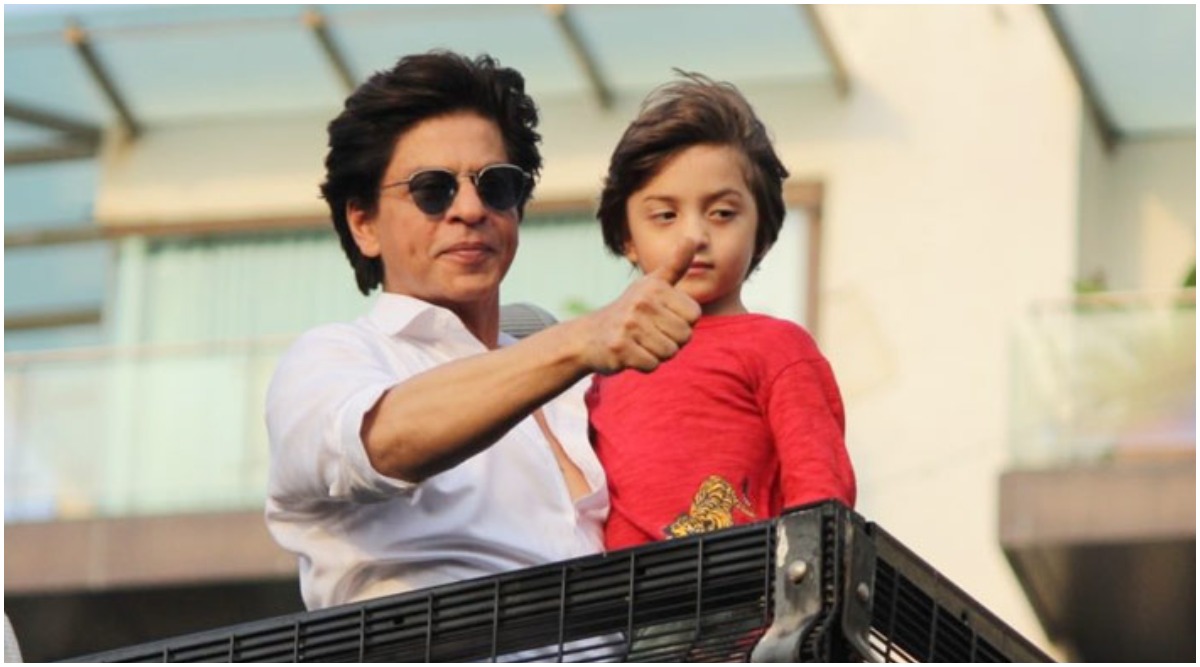 Shah Rukh Khan just dropped another round of #AskSRK on the internet, just like that. The actor, once again revealed some interesting details about his life, that would surely make the trivia section under his IMDb profile more colourful. Riteish Deshmukh, a fan of the superstar just like us, also threw a question at him. He asked SRK what he has learnt from his youngest son, AbRam Khan, prompting a very funny answer that will come in handy when you are feeling sad the next time. Shah Rukh Khan Looks Dapper In a White Pathani Suit as He Poses With Remo D'Souza On Dance Plus 5 Sets (View Pics).

Shah Rukh replied, "Whenever you are sad hungry or angry...cry just a little bit while playing your favourite video game." Riteish loved the answer and replied that he'd try it one day. Well, it is actually quite a solid advice. We'd suggest you also try it the next time Monday blues hit you in the guts.

Check Out The Interaction Here:

Whenever you are sad hungry or angry...cry just a little bit while playing your favourite video game. https://t.co/YoG90FVN6E

Shah Rukh considers Ritiesh as a brother. In 2018, when Shah Rukh's Zero was clashing with Riteish's Marathi film, Mauli, he asked him for the date. Riteish respectfully bowed out of the clash, changing the release date of his film. He wrote, "@Riteishd jab chota bhai bahut bada ho jaata hai. Thank you baby for the love respect and largesse of heart you showed me today. Grateful. Touched. I am so happy to have ‘asked’ something of a friend who kept my self respect higher than his own need." Shah Rukh Khan Leaves Amazon CEO Jeff Bezos Laughing Hard With His Response to Being Called the 'Most Humble Man' (Watch Video).

On the work front, Shah Rukh Khan was last seen in 2018's Aanand L Rai directorial, Zero. The movie underperformed at the box office, sending the actor into a sabbatical. There are several rumours going around about SRk's next project, but in the same Q&A, he revealed that he'd only be announcing his next. Which is hint enough that most of the rumoured names going around are merely rumours. We will be waiting for more concrete information, straight from the horse's mouth. Maybe the next #AskSRK will bring us the answer to this million-dollar question about his next.