The dimpled star wore an all white pathani suit for this outing. Those who follow him closely, already know that he has a special liking for this style. 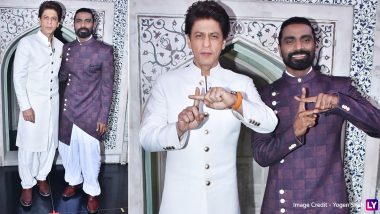 King Khan be so charming! Shah Rukh Khan fans should be thankful enough to their icon for making frequent appearances instead of complaining about his delayed announcement. The superstar is very much active and in the talks when it comes to the events unrelated to his own films. Amid the speculations about his next announcement, the actor never fails to mesmerize his fans with his posts, speeches and dapper appearances. Look at this one! He looked handsome as ever as he graced Remo D'Souza's Dance Plus 5 reality show. Shah Rukh Khan Leaves Amazon CEO Jeff Bezos Laughing Hard With His Response to Being Called the 'Most Humble Man' (Watch Video).

The dimpled star wore an all white pathani suit for this outing. Those who follow him closely, already know that he has a special liking for this style. The actor posed with the choreographer-director here and the pictures will just make you impatient for the episode. Check out the pictures below.

SRK On Dance Plus 5 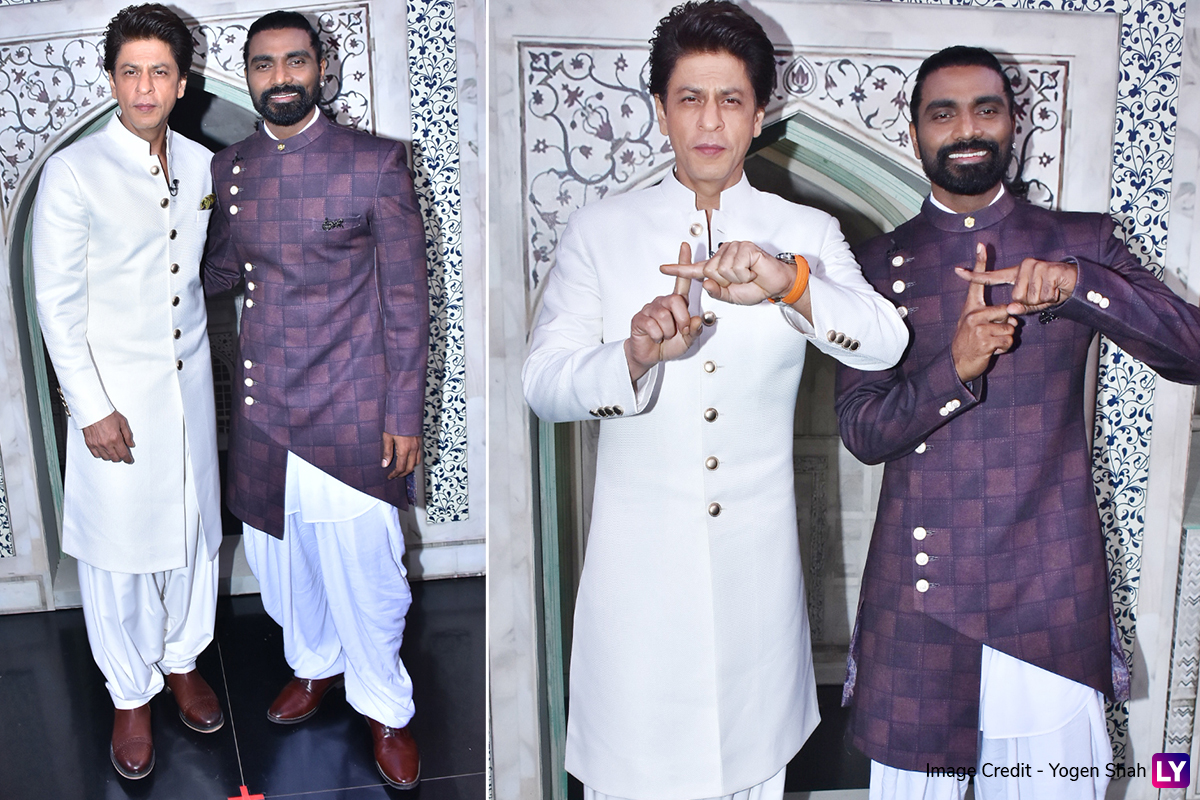 On the other hand, the most talked about thing related to Bollywood's Badshah is his next announcement. We cannot really avoid that talk without mentioning his upcoming film. The film that has many rumours and filmmakers' names attached to it! From Sanjay Leela Bhansali, Rajkumar Hirani, Atlee to Raj & DK, Ali Abbas Zafar, Karan Johar; there are many names that are big. However, the star is taking his own sweet time to confirm one of the rumours or even deny them. Nevertheless, he is not totally out of sight so there is not much to complain. How did you like his latest look at the dance show?

(The above story first appeared on LatestLY on Jan 20, 2020 07:30 PM IST. For more news and updates on politics, world, sports, entertainment and lifestyle, log on to our website latestly.com).