Bollywood actor Sooraj Pancholi is 'suffocated' and so has decided to take a break from social media. 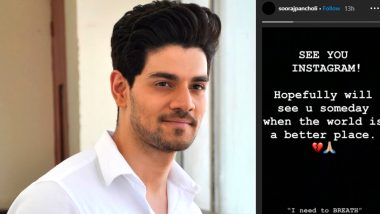 Bollywood actor Sooraj Pancholi is 'suffocated' and so has decided to take a break from social media. The actor who has been making headlines for all the wrong reasons took to Instagram and shared with fans that he is bidding adieu to the photo and video sharing app. FYI, Sooraj has not deleted his Instagram account but looks like will be unavailable for sometime. The lad deleted all his posts on Instagram, except a candle post which he had shared on his birthday dated November 9, 2018. His decision to quit Instagram comes after he has been dragged into Sushant Singh Rajput and Disha Salian's suicide case. Sooraj Pancholi Gets Dragged in Sushant Singh Rajput’s Suicide Controversy, After Twitterati Falsely Pins Him as Ex-Manager Disha Salian’s Boyfriend.

“See you Instagram! Hopefully will see you someday when the world is a better place. I need to breathe, Suffocated," he wrote on his Instagram story. After SSR and his ex-manager Disha Salian's demise, conspiracy theories have been doing rounds that Sooraj was involved in the same. However, Sooraj and his family have dismissed all the claims and have also filed a police complaint. Sushant Singh Rajput Death Case: Actor Sooraj Pancholi Files Police Complaint Against ‘Being Linked’ to the Actor’s Death. 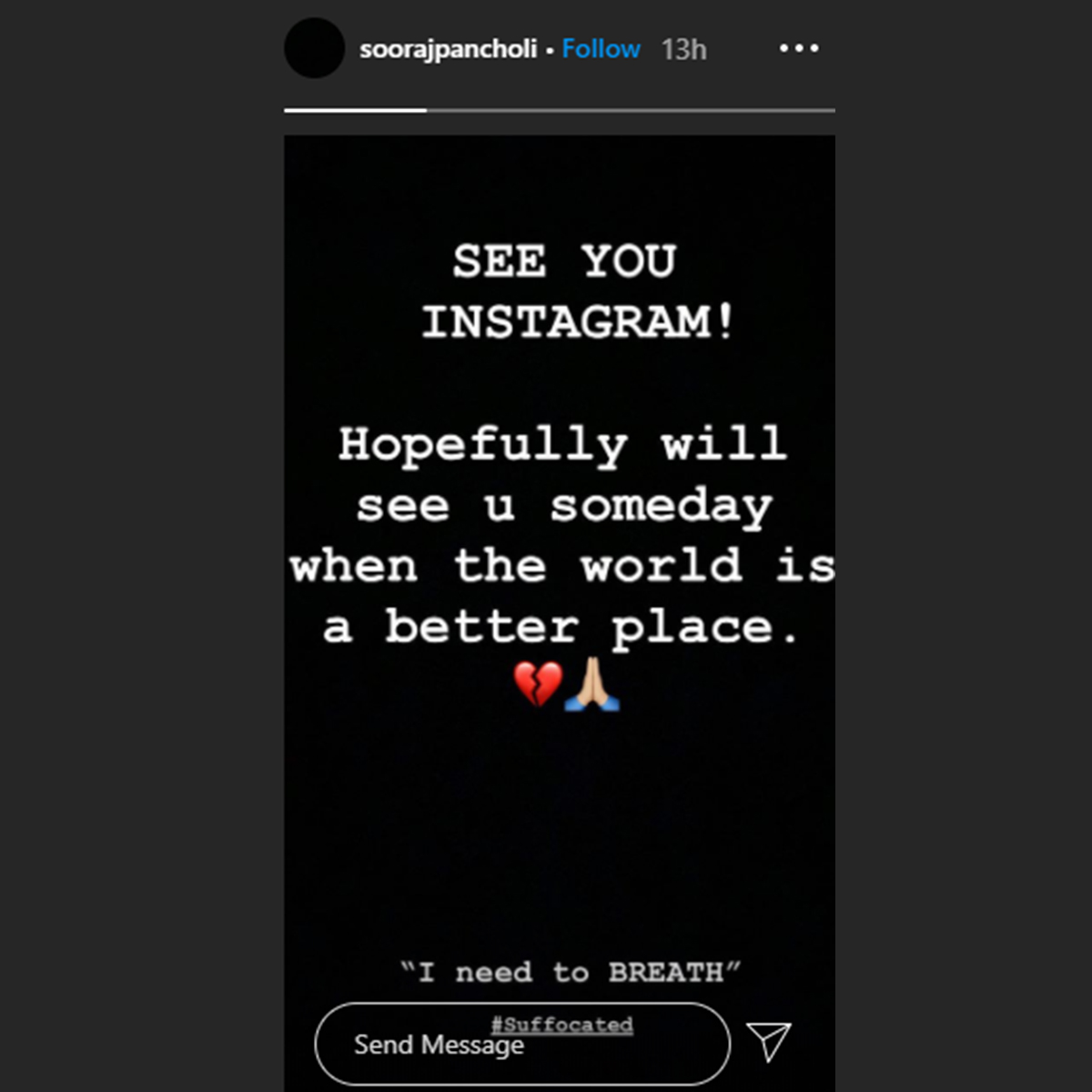 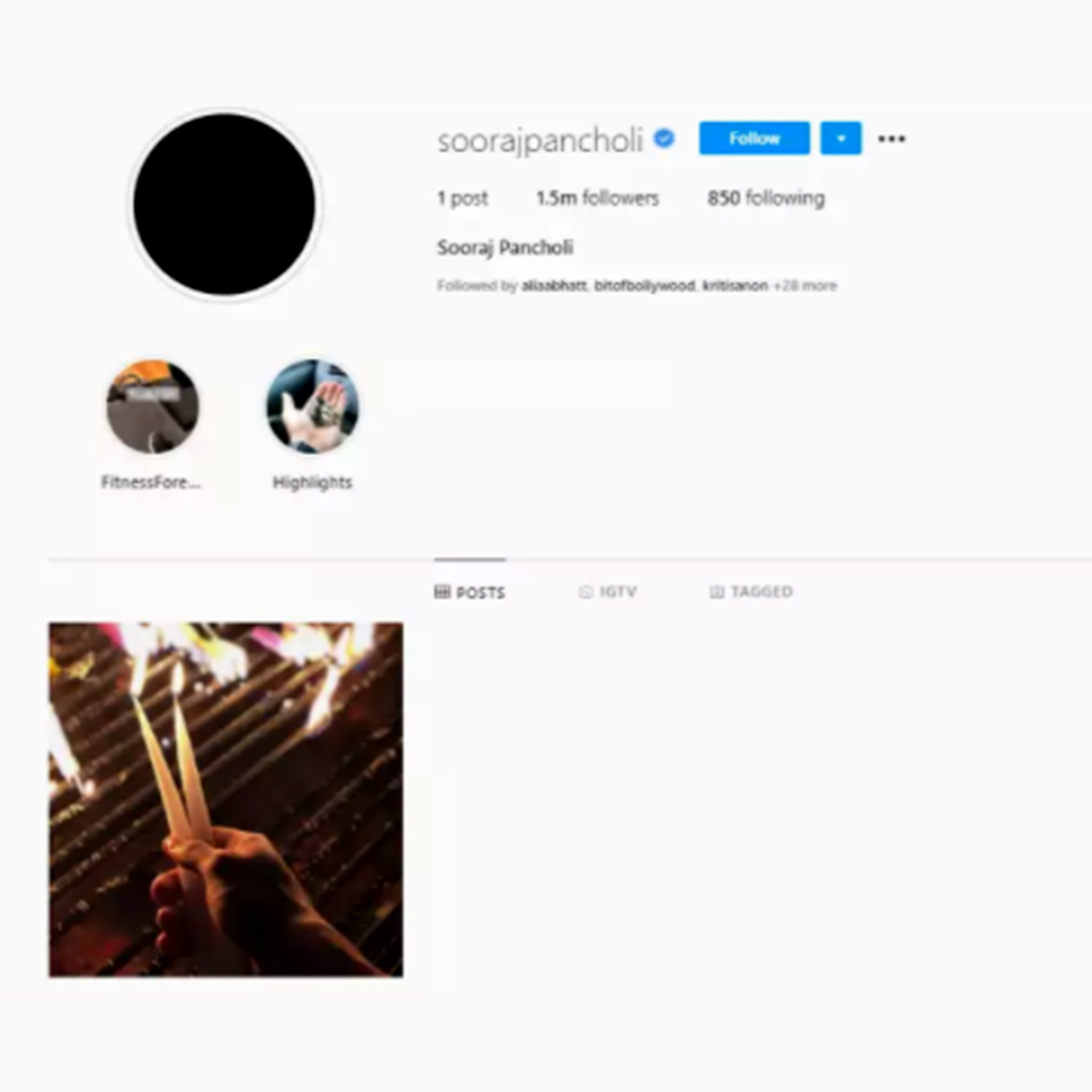 Earlier in an interview with India Today, Sooraj had said that "Neither do I have any connection with Sushant Singh Rajput or his manager (Disha Salian). First thing I want to say is that whatever news or rumours that are coming about me are coming through social media. News channels are putting stuff from Facebook and YouTube videos, which some people have made out of frustration." Stay tuned!

(The above story first appeared on LatestLY on Aug 22, 2020 11:49 AM IST. For more news and updates on politics, world, sports, entertainment and lifestyle, log on to our website latestly.com).