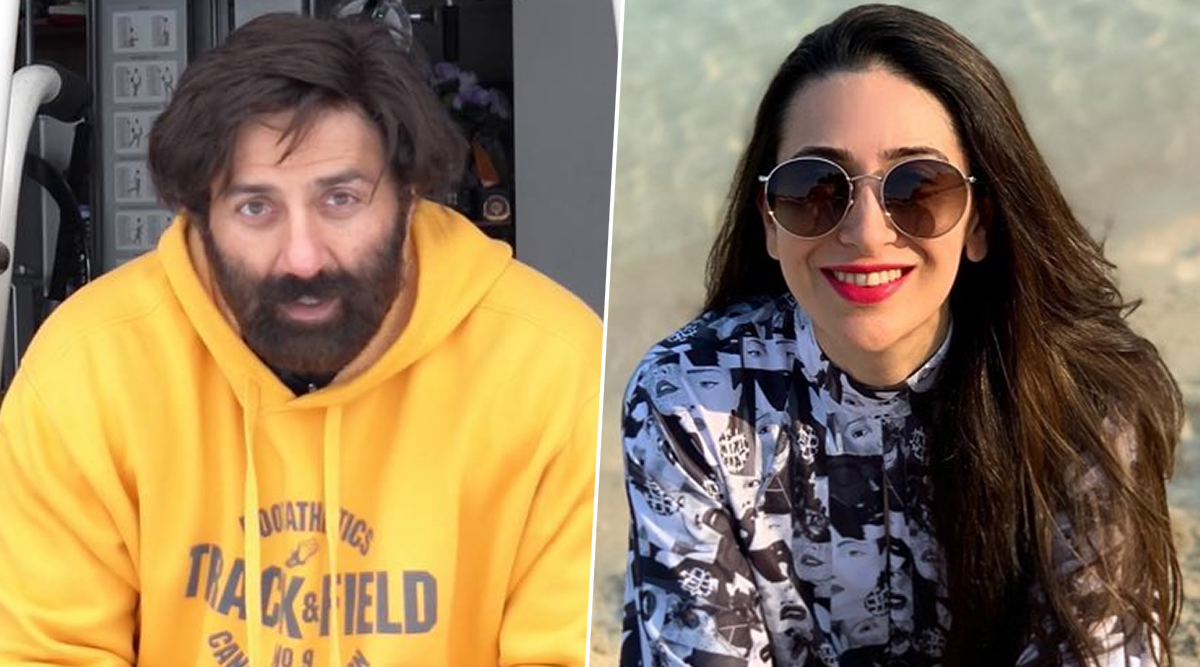 Jaipur, September 19: A railway court has framed charges against Bollywood actor-turned-politician Sunny Deol and actress Karisma Kapoor more than 20 years after they allegedly pulled the emergency chain of a train while shooting for a film. The duo challenged the order in a sessions court on Wednesday, A K Jain, counsel of Kapoor and Deol, said. The actors were accused of illegally pulling the chain of train 2413-A Uplink Express, which led to its delay by 25 minutes. Sunny Deol Triggers Row By Appointing Representative to Take Care of Gurdaspur Lok Sabha Constituency, Calls Controversy 'Unfortunate' After Criticism.

The railway court has scheduled the next hearing in the 1997 case on September 24. Then assistant station master Sitaram Malakar of Narena had lodged a complaint at the General Railway Police, following which the actors were accused of violating Section 141 (needlessly interfering with the means of communication in a train), Section 145 (drunkenness or nuisance), Section 146 (obstructing a railway servant in his duties) and Section 147 (trespass and refusal to desist from trespass) of the Railways Act. In 1997, Deol and Kapoor, along with other crew members, were shooting for film 'Bajrang' at Sanvarda village near Phulera in Ajmer district.