Sushant Singh Rajput’s father alleges that these ventures are "designed to malign" the actor's image and to "derail" CBI investigation into his death. He did not only sought an order against the makers of the above-named movies but against any other unknown persons as well. He also ought Rs 2, 00,02,200 as damages. 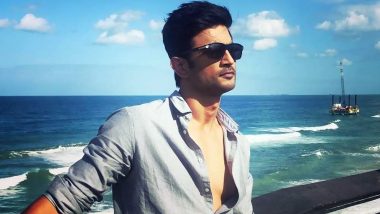 After learning that filmmakers are making movies based on the late actor Sushant Singh Rajput's personal life including films like Nyay: The Justice, Suicide or Murder: A star was lost, Shashank, his father stated that various plays, movies, web series, books, interviews or other material may be published which would harm the reputation of the late actor and his family.

(The above story first appeared on LatestLY on Apr 20, 2021 12:17 PM IST. For more news and updates on politics, world, sports, entertainment and lifestyle, log on to our website latestly.com).